White House senior advisor Stephen Miller said that there are ways the alternate electors could become the official electors.

(TCP News)  Alternate electors met and voted for President Trump, and then sent their votes to Congress.  Biden won the electoral college vote 306-232.  There is however the widespread view that Biden and the Democrats engaged in massive vote fraud to “win” the election.

Alternate electors casting votes is a way of preserving a path forward should any court battles be decided in Trump’s favor.

According to White House senior adviser Stephen Miller, Trump’s team plans to support this “alternate” set of electors in key states won by Biden as a means to preserve legal remedies in the event any of the remaining legal challenges, while long-shots, bear fruit.

“As we speak, today, an alternate slate of electors in the contested states is going to vote and we’re going to send those results up to Congress,” Miller told Fox News on Monday. “This will ensure that all of our legal remedies remain open”

Electors met and cast their votes in Georgia, Pennsylvania, Wisconsin, Nevada and Michigan – all swing states that Trump led in – until during the middle of the night on election night, the count was paused, and then when counting resumed, Biden was suddenly quite far ahead.

White House senior advisor Stephen Miller said that there are ways the alternate electors could become the official electors:

According to Miller, there are three ways that alternate electors could become the real electors.

First, judges could send their votes to Congress should any of the legal cases prevail. Second, “the state legislatures in Georgia, Wisconsin, Pennsylvania, can do the same,” perhaps if widespread fraud is proven beyond doubt by January 6, when the electoral college votes are set to be counted. Third, “Congress has that opportunity to do the right thing,” according to Miller – referring to what would essentially be a non-starter by which GOP members of Congress, under Electoral Count Act, could challenge Biden’s win.

According to this process, if at least one House member and one Senator objects to the results in any state, each chamber will meet and hold a vote for the matter – which must pass in both chambers. With Democrats in control of the House, this third option is highly unlikely to go anywhere. 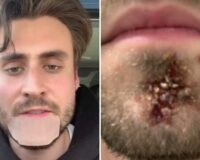