Dangerous Vaccine Pusher Bill Gates Who Believes in Population Control Wants to Help People? Get Behind Me Satan!

Bill Gates Dad Was Head of Planned Parenthood (60 Million Babies Murdered), Inspired His Population Control Views – And He Wants to Help People? Get Behind Me Satan!

“And the LORD said unto me, A conspiracy is found among the men of Judah, and among the inhabitants of Jerusalem.” –Jeremiah 11:9

It is should be of interest to every American concerning the conspiracies that are taking place by our said representatives and agencies today.

These are working hand in glove with the mainstream media in undermining our God-given rights and have been allowed to do so now for decades.

Of course, we all remember the courageous people that told Americans 50 and 60 years ago the facts about the conspiracies; and yet, the mainstream media singled them out as theorists?

What is happening in America today, not a person, not even the mainstream media’s “useful idiots,” can deny the conspiracies taking place by throwing them out as just another theory.

What few realize is that the mainstream media has been uncovered over and over again attempting to cover for those who are responsible for the acts of treason and conspiracy.

Yes, the mainstream media is guilty of covering for conspirators by labeling anyone and everyone telling the truth as theorists.

The best way to distract and divert the people from the guilty party was to throw contrived theories out to the masses that had no credibility only to further cause confusion and attempt to fatigue them into giving up their search for truth and justice (Isaiah 59:14).

We are now beyond speculation concerning conspiracies within this said government and its agencies, ie. mainstream media.

If you are desiring to understand precisely what is taking place in this country today before our very eyes with the facts laid out there, in less than 12 minutes combined, these two videos do just that.

The Deep State's Medical Tyranny continues… The White House Covid-19 response team is made up of Big Pharma and Bill Gates operatives. #Tucker . Follow the money!

President Trump Threatens To Have GOP Convention Moved Out Of North Carolina
May 25th, 2020 The Political Cowboy 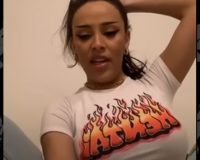