Militant anti-conservative and anti-Christian reaction now accompanying PC mavens’ behavior is called – “woke-scolding.” It is a way of correcting someone’s speech by declaring that certain words and phrases are now officially off limits and can no longer be used. They may not be able to tell you who the officials are because, in fact, they are simply a mob of progressive malcontents.

Examples are phrases like “illegal alien” and pronouns like he and she. Exactly who decided that such words are now off limits is unclear. It is a consensus of the trendy leftists and progressives and it is supposed to cover everybody – progressive or not.

Every attempt to regulate the speech of nations throughout history has been fueled by a despotic ruler or experimentation with a totalitarian ideology, communism or socialism, a lesson now known to be lost on our generation.

Performativity is the foundation of leftist thinking, which is a way of saying – “if we say it, it is now truth.”

The idea of truth and progressivism being coupled together for any reason is torture to anyone with only a basic modicum of credulity. Progressive philosophers of language would prefer to make us prisoners of language, but most of humanity will always rebel against it, not just American conservatives.

Babies are still dying even as Ruth Bader Ginsburg is given a million dollar prize for her 26 years on the Supreme Court, much of it involved in causes that champion death to the unborn and favorable rulings for the extremely perverted.

Perhaps the black robe Ginsburg wears gives some performativity to her brand of woke-scolding, but then along comes the more cartoonish lefties like AOC. Only a few days ago, Cortez was seen in a video claiming that growing cauliflower is – wait for it – racist.

We don’t think it is altogether too extreme to mention that only a generation ago Ginsburg may have been fined a million dollars and spent 26 years in jail instead of flying around the hallowed halls of SCOTUS.

Cortez would probably have been sent to an institution for some serious evaluation. And perhaps she still should be checked out before she wants us to eat more babies and a lot less Chick-Fil-A abused and harassed domestic foul.

If we give a seat on the Supreme Court and a seat in the congress to such celebrity woke- scolders, we have only to imagine what the rank and file leftists are claiming to be the new truth and PC rap. For a quick cross section of what the ordinary leftist socialist leaning thinker is going on about – check out this 30 minute video called “Intellectual Froglegs.”

Progressive thought is wrongly labeled, it is without doubt regressive thought that we have all been hoping would hurriedly pass away and become obsolete. It has taken on a grotesque nature because it is ideology under the curse of its own incestuous relationship with only other likeminded people. When thoughts never move into the larger world for scrutiny they become disfigured and are hardly of any use to the rest of humanity.

Free speech has been suspended on campuses and free expression is the fear of every snowflake and safe zone advocate found cringing as if they were being pursued by the ghosts of objective truth and civil discourse.

The fearful prefer to keep all the good stuff from their woke experience to themselves. But the cloister becomes a whirlpool circling the drain.

They dare to do exactly what the Apostle Paul said would lead them to a kind of collective ignorance the world cannot bear.

Their inbred thoughts have dissimulated to the business of evil judging other evils and straining to decide which thoughts are the better evils.

The Apostle James summed it up with this.

“Are ye not then partial in yourselves, and are become judges of evil thoughts?” (James 2: 4)

Conservative Americans hold the constitution and the truth they gather from the Bible in the highest regard. They don’t want any of the words in the constitution to be altered or deleted, and they also know that no word of the bible will ever change.

“For I testify unto every man that heareth the words of the prophecy of this book, If any man shall add unto these things, God shall add unto him the plagues that are written in this book: And if any man shall take away from the words of the book of this prophecy, God shall take away his part out of the book of life, and out of the holy city, and from the things which are written in this book.” (Rev 22: 18-19)

Finally, it is beyond belief that modern progressives would choose to use the word “woke” in reference to themselves. According to the bible all who abandon the scripture and disregard the lives of the unborn, all while promoting perversion on every level, are anything but “woke.”

The scripture declares that they are not only asleep, but have been lulled into a deep unconscious level of reprobation from which they may never recover, to wit:

“In whom the god of this world hath blinded the minds of them which believe not, lest the light of the glorious gospel of Christ, who is the image of God, should shine unto them.” (2Cor 4: 4)

Michael Bresciani is the editor of American Prophet.org since 2005. The website features the articles and reports of Bresciani along with some of America’s best writers and journalists. Millions have read his timely reports and articles in online journals and print publications across the nation and the globe. Visit us at, GAB, SocialCross, also on Twitter and Facebook 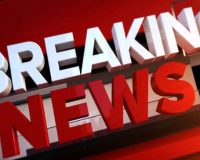