Home / FEATURED ARTICLES / Stop the Press! 156 Eyewitness Accounts Were Omitted From The Mainstream Media’s Narrative Concerning September 11, 2001- Here They Are!

Stop the Press! 156 Eyewitness Accounts Were Omitted From The Mainstream Media’s Narrative Concerning September 11, 2001- Here They Are!

South Tower: “I guess about three minutes later you just heard explosions coming from building two, the south tower. It seemed like it took forever, but there were about ten explosions. At the time I didn’t realize what it was. We realized later after talking and finding out that it was the floors collapsing to where the plane had hit. We then realized the building started to come down.” -Carlsen, Craig (9110505)

Just today, while taking my son to the dentist, I scrolled through my media feed and I started to notice post after post with first responders and firefighters telling us of their accounts as to what was happening inside of the Twin Towers on the lower floors after explosions took place on the upper floors.

I also noticed that there was post after post of the American people questioning the mainstream media’s narrative, and rightly so (Isaiah 5:20).

Learning from history, as well as to how the American mainstream media’s sick and evil game is played out today, let us remember that history is repeating itself in the present (Jeremiah 11:9).

Does this look and sound familiar?

“If you tell a lie big enough and keep repeating it, people will eventually come to believe it. The lie can be maintained only for such time as the State can shield the people from the political, economic and/or military consequences of the lie. It thus becomes vitally important for the State to use all of its powers to repress dissent, for the truth is the mortal enemy of the lie, and thus by extension, the truth is the greatest enemy of the State.”

Who Does Terrorism Work For? Just Ask Yourselves Who it is That Gains From it!

Without further ado, click on this link and read what it was that 156 eyewitnesses accounted for concerning what actually took place on September 11, 2001, and decide for yourselves as to whether or not you have been told the whole truth and nothing but the truth (John 8:36).

Article posted with permission from Sons of Liberty Media

Tagged with: 156 witnesses on 9/11 excluded from mainstream reporting 9/11 9/11 towers brought down by explosives? news the Twin Towers what really happened on 9/11? 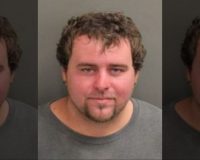 Watch As Mother Of Pro Trump Boss Who Was Killed By Employee Speaks Out In New Report
January 25th, 2020 Right Wing Tribune

Coronavirus and the Dangers of Fake News – Someone is Lying to You
January 24th, 2020 DC Dirty Laundry