During an exclusive appearance on Breitbart News Sunday on SiriusXM Patriot Channel 125 this weekend, Rep. Devin Nunes, R-Calif., expressed grave concern over the anti-conservative bias and censorship on platforms like Google, Facebook and Twitter.

“Well, in general, I have a real concern overall about what I call the ‘tech oligarchs,’” he said. “But Twitter has been the worst, especially to me. So if you look at what they’ve done, specifically to me, is they enforce their rules selectively. So I’m arguing they’ve operated their property negligibly.

“They’ve been negligent with the operation of their property, and they’re actually content developers,” he added. “They have had it their way for a long time by having this ability to get out from lawsuits because Congress has actually carved out a special provision in law for them because they were supposed to be an open square—an open public square; they’re the Internet. So they’re not treated like someone like, say, some other kind of product would be treated like a car, for example, or a kitchen appliance. They’ve had this special carveout for 20 years.”

Since Trump’s election in 2016, he explained, the censorship has gotten much worse as these platforms are now openly pushing a radical left-wing agenda.

“Now, what has happened in the last two or three years, especially since President Trump was elected, is they now no longer are—it’s not an open square where people can just go on there and say whatever they want,” he said. “They now are regulating the content, and they’re deciding how to regulate the content—and it’s clearly biased against conservatives. So we are looking at them for operating their property in a negligent way, and then we’re suing others for defamation. Look, this is not the way I want to go about it, especially for someone like me. I don’t like going to have to use the court system, but it’s really the system of last resort. And that’s where I’m at. If you go right now—don’t do it because I don’t use Google, and I don’t ask people to use Google—but if you did, you’d find hundreds and hundreds and hundreds of fake news stories about me. The only way I can clean all this up is to have multiple retractions done by the defamers and the slanderers. This often goes back to the Russia hoax investigation that I ran, and we uncovered a lot of mischief, to say it politely.”

The easiest solution, he said, would be for these companies to simply go back to what they used to be — an open platform for all ideas.  But, he explained, it’s not likely that will happen.

“What’s the easiest—I’m going to tell you the easiest way that this can all be solved. However, I’m going to tell you that this is not going to happen,” he said. “I’ve run out of patience. This is just not going to happen, and then we’ll go to what are the solutions out there. The easiest way, I believe, to solve this—especially for Twitter and Facebook, who have already done some of this—is just get out of the content development business. Just say, ‘Look, we’re just like it used to be. We’re an open square. The only way we’re going to come in is if there is breaking of a federal or state law,’ and police it that way, kind of like when somebody calls the police: You go in. You check it out. If there’s child pornography or foul language or something that may be against the rules there that they have, then great, then take the tweet down. As it relates to Google, just stop the bias. If Matt Boyle gets Googled 50,000 times—a story that you do on Breitbart gets Googled 50,000 times—and the Washington Post story is 20,000, then Matt Boyle’s story should be first. It’s really simple. It’s really, really simple for them to solve this problem. But I have no faith that they’re going to get out of the content development business. I think they’re in it.”

Worse yet, he explained, the Democrats’ threats are nothing more than a signal for these companies to do their bidding.

“I think when you see the Democrats talking about going after these companies, that’s a fake threat,” he said. “They’re doing that to basically warn them that you better do what we want. You better make sure that Democrats and leftists and all of our causes are put at the top. You better make sure that anything Breitbart reports or Epoch Times reports—they’re the latest one—it disappears. And that’s what’s happening.”

Here’s audio of his remarks, courtesy of Breitbart:

Nunes further said he is “very concerned” and warned that nothing meaningful will be done as long as Nancy Pelosi is in charge of the House.

“So hopefully, the courts will step in, right? If I can win one of these cases, it will really set these guys back. If the Covington school kids can win a case, that would set them back. So I think between defamation laws and treating these tech companies what they are, which is property, this is going to be the fastest and only way to solve it before 2020,” he said.

That assumes conservatives will even be allowed to engage in anything online in 2020.  As we and others have reported, many conservatives sites have had their traffic cut by as much as 90 percent by what I now call the Silicon Valley Axis of Evil, which includes companies like Facebook and Google.

Meanwhile, leftist outlets like CNN have been given a huge boost.

If you haven’t checked out and liked our Facebook page, please go here and do so.  You can also follow us on Twitter at @co_firing_line.  Facebook, Google and other members of the Silicon Valley Axis of Evil are now doing everything they can to deliberately stifle conservative content online, so please be sure to check out our MeWe page here, check us out at ProAmerica Only and the new social site, Hardcore Conservatives.

While you’re at it, be sure to check out our friends at Whatfinger News, the Internet’s conservative front-page founded by ex-military! 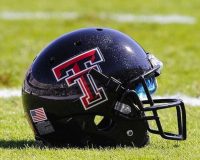 NYTimes Scratching Heads Over Texans NOT Freaking Out Over The Wuhan Wheezer
July 5th, 2020 Clash Daily