Without free speech returning in full force to college campuses across the United States, the country will see itself perish of politically correct induced culture. One American journalist says that the PC culture will be the entire country’s downfall.

Nothing less than the U.S.’s survival is at stake, according to American journalist and author Robert Bridge.  In 2013, Bridge’s book, Midnight in the American Empire: How Corporations and Their Political Servants Are Destroying the American Dream, was released. The book details how corporations work with the government to kill the American Dream. Now he’s saying that the suppression of free speech on college campuses has gone way too far, and unless people are allowed to think and say things freely once again without repercussions, the entire country will perish.

As Bridge wrote  in an article for RT, “America seems to have reached the point in its ‘progressive’ development where those who seem to have literally lost their minds – much like the authority figures in Ken Kesey’s masterful 1962 novel, ‘One Flew Over the Cuckoo’s Nest’ – wish to institutionalize the remainder of the sane population.”  And Bridge is not far from that truth.

Every day we are bombarded by the PC crowd telling us just what we can say and how we are allowed to say it. It is actually pretty difficult to say anything anymore without someone dictating the manner in which it can be said. And it all stems from America’s most insane of all asylums, college campuses.

[This] leads us to the greatest insane asylums of them all, the American university. Once the proud home of intellectualism and academic freedom, these centers of higher learning now resemble fanatic hotbeds of intolerance and bigotry where an invasive type of poison ivy has overrun the structures, leaving the ivory towers to whither in perpetual darkness. Most people are only too familiar with horror stories of campus censorship where activist-minded students work to prevent guest speakers – sometimes by resorting to outright violence – from airing their ‘controversial’ ideas.” – Robert Bridge, via RT

Free speech, free thought, and the free exchange of ideas are now all to “radical” for institutions of higher learning.  Unless both sides can agree that all speech, whether you like it or not, whether it’s fake news or not, whether you agree with it or not, should not be punished.  Words cannot hurt anyone and shutting down speech has been the beginning of the decline of several once great nations. 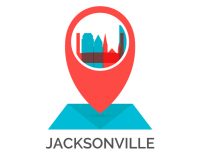