By Vicki Batts for Natural News

(Natural News) Few would argue over the importance of trace elements when it comes to human nutrition. Though only a small amount of these essential nutrients is required, they are nonetheless integral to your well-being. Trace elements include nutrients such as copper, iron, manganese, selenium and zinc.

But when it comes to natural cures, it often seems like the importance of trace elements is forgotten. While it is quite true that many plants contain medicinal compounds, the notion that trace elements aid in the therapeutic effect of plant medicines has been widely ignored — especially by the pharmaceutical companies who isolate medicinal compounds from plants for profit.

The idea of this synergy between medicinal plant compounds and trace minerals is hardly far-fetched; research has consistently shown that some nutrients work extremely well together. For example, vitamin C is known to help support iron absorption. It’s well within reason to suspect that trace elements have a similar effect on medicinal plant compounds — and now, researchers are hoping to confirm this suspicion.

A study published in the African Journal of Traditional, Complementary and Alternative Medicines looked at the trace elements in a number of plants commonly used in herbal medicine. Snow lotus, goji berry, saw-wort and black wolfberry were included in the study, and the researchers analyzed the content of five trace elements in the four plants. Levels of copper (Cu), iron (Fe), manganese (Mn), selenium (Se) and zinc (Zn) were measured for each plant.

Ultimately, the researchers posited that these trace elements play a significant role in the therapeutic capacity of traditional herbal medicines. In fact, they note that up to 205 trace elements may contribute to the plants’ medicinal uses. Their research also led them to conclude that the four plants “provide a beneficial source of some elemental micronutrients.”

As the researchers contended, “Whereas the studies of pharmacological properties and chemical composition have been mainly researched, little attention has been paid to the inorganic components of the rare medicine. Unlike synthetic drugs, herbal medicine is a synergistic system comprising multiple and complicated components.”

Though more research is needed to fully understand how trace minerals interact with medicinal plant compounds and expand their efficacy, past research has also indicated that trace nutrients are indeed of great importance.

For example, research from 2016 showed that a number of trace elements played a substantial role in the blood glucose-lowering effects of plant medicines commonly used to treat diabetes. Researchers from Eritrea looked at the trace elements found in a native aloe plant, Bengal sage, Garden cress, black mustard and fennel — which are all used in traditional diabetes treatment in Eritrea. They found that trace elements like zinc, chromium, manganese and selenium were critical to the plants’ medicinal benefits.

While the pharmaceutical industry thinks it can just copy the primary medicinal compounds found in plant medicines, the truth is that these isolates will never compare to the real deal. By missing out on the synergistic effects of trace minerals, pharmaceutical copycats pale in comparison.

Sources for this article include:

Previous: The One Thing That Will Almost Guarantee Trump the Presidency in 2020 is About to Happen
Next: Virginia Democrat Wants to Allow the Murder of Babies Even up to the Day They are Born 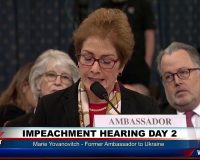