Today is the day.

Today, spearheaded by the Boston Globe, more than 200 newspapers across the country will launch a coordinated attack on a duly-elected sitting President of the United States simply because they don’t like him.

If that isn’t a conspiracy, I don’t know what is. 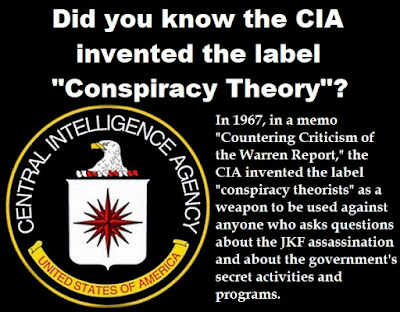 CNN reported on Aug. 11 that a few days ago, the Boston Globe began contacting newspaper editorial boards and proposing a “coordinated response” to “President Trump’s escalating ‘enemy of the people’ rhetoric”.

This is what the Globe said to fellow papers:

“We propose to publish an editorial on August 16 on the dangers of the administration’s assault on the press and ask others to commit to publishing their own editorials on the same date.”

Marjorie Pritchard, the Globe‘s deputy editorial page editor, told CNN that as of last Saturday, “we have more than 100 publications signed up, and I expect that number to grow in the coming days.”

Indeed, according to the New York Times, reporting two days ago on Aug. 14, “more than 200 newspapers, including The New York Times, had signed on.”
Recall that last month, the editorial staff of the NYT had openly called for Democrats to go to war (“go to the mattresses”) against President Trump by deploying mafia (“Godfather”) tactics. Recall that in the Godfather movies, the mafia employed “tactics” that include intimidation (that horse’s head on the bed), blackmail, extortion, and murder.

The American Society of News Editors, the New England Newspaper and Press Association and other groups have helped Boston Globe spread the word.

UCLA political science professor Tim Groseclose in his 2011 book, Left Turn, How Liberal Media Bias Distorts the American Mind, addresses what has become a truism — that “all” mainstream news outlets have a liberal bias in their reporting which makes even moderate organizations appear out of the mainstream and decidedly right-wing to news consumers who are influenced by the slant.
Groseclose opens his book quoting a well-known poll in which Washington media correspondents declared that they voted Democratic 93% to 7%, while the American people were split about 50-50. As a result, most reporters write with a liberal filter:

Using objective, social-scientific methods, the filtering prevents us from seeing the world as it actually is. Instead, we see only a distorted version of it. It is as if we see the world through a glass—a glass that magnifies the facts that liberals want us to see and shrinks the facts that conservatives want us to see. That bias makes us more liberal, which makes us less able to detect the bias, which allows the media to get away with more bias, which makes us even more liberal.

“Fox News is clearly more conservative than ABC, CBS, CNN, NBC and National Public Radio. Some will conclude that ‘therefore, this means that Fox News has a conservative bias’. Instead, maybe it is centrist, and possibly even left-leaning, while all the others are far left. It’s like concluding that six-three is short just because it is short compared to professional basketball players.”

Other key points made by Groseclose:

Groseclose rated the media on a conservative-to-liberal 0-100 rating, with 50 being centrist:

Note that the ratings were made in 2011. If Groseclose were to rate the media today, most of them would be rated close to 100.
H/t The New American
~Eowyn
Republished with permission Fellowship of the Minds

Biden’s Deputy Campaign Manager Shoots Down Idea Of Skipping Debates: ‘We Are Going To Do The Debates’
September 30th, 2020 The Political Cowboy