(Natural News) (Natural News exclusive) In a bombshell Counterthink interview filmed at the InfoWars studios in Austin, Texas, Dr. Suzanne Humphries revealed how the FBI attempted to frame her for making death threats against herself. The full interview, available at Counterthink.com (or see video below), reveals how the FBI lied to Dr. Humphries and attempted to use an elaborate ploy to criminalize Dr. Humphries (or the people close to her).

Natural News was pivotal in exposing the conspiracy fraud of the FBI and helping make sure Dr. Humphries was not arrested and falsely indicted by federal authorities.

As Natural News reported several months ago, Dr. Humphries was subjected to a series of death threats culminating in a vile “mass shooting” threat that detailed exactly how a hater of Dr. Humphries planned to shoot her at a public event. Upon receiving this threat, Dr. Humphries immediately filed criminal complaints with both the Austin Police Department and the FBI. This action generated an Austin PD case number which Dr. Humphries privately noted.

After Natural News went public with details of the original letter, the person who wrote it apparently panicked and realized they were likely going to be hunted down by federal authorities and criminally prosecuted. So they faxed over an apology letter to both the Austin PD and the FBI, claiming they weren’t serious about their vile death threats targeting Dr. Humphries. Importantly, in this apology letter, they cited the Austin PD case number.

The FBI then seized upon this as implied “proof” that falsely claimed Dr. Humphries must have been the author all along, since, as the FBI claimed, Austin PD case numbers are not available to the public and are kept secure. (This claim turns out to be utterly false, as Natural News easily proved, keep reading…)

Armed with this Austin PD case number and a bogus claim that such case numbers are private, the FBI turned around and began aggressively threatening Dr. Humphries, claiming that she or someone close to her must have generated the death threats in the first place. In a phone call, Dr. Humphries told Natural News that she was aghast upon realizing the FBI was now targeting her as a potential criminal instead of going after the real person who made the death threats in the first place.

Yes, in America, if you report a serious crime to the FBI, they can quite literally turn it around and try to frame YOU for that very crime. (Read FBIcorruption.news for more coverage of the collapse of credibility at the FBI.)

When Dr. Humphries told the FBI that perhaps the Austin PD had given out the case number to someone, FBI agents threatened to hang up on Dr. Humphries during a phone call, claiming that such talk was a “conspiracy theory.” They insisted that the knowledge of the case number was proof that the original death threat had come from inside Dr. Humphries’ circle of close associates (and that Dr. Humphries was somehow the mastermind of all this).

Keep in mind this is the same FBI that was recently run by James Comey, a sedition traitor who turned the FBI into a politicized, corrupt agency that has lost nearly all credibility in the minds of the American people. Dr. Humphries went to the FBI in the hopes of seeing justice served, but instead, she got targeted with a false blame game in exactly the same way the FBI targeted candidate Donald Trump. (There’s also a huge lesson in all this, which is that if you try to report a crime to the FBI, they may ultimately charge YOU with that crime!)

Note, too, that whatever the FBI doesn’t want to believe, they dismiss it as a “conspiracy theory,” even though they were essentially accusing Dr. Humphries of something that can only be called a conspiracy. The FBI recommends conspiracy charges against people on a routine basis, proving that the FBI itself is fully informed that conspiracies really exist. To hear FBI agents claim they don’t believe in “conspiracies” seems absurd.

Here’s what finally blew apart the FBI’s false, bogus conspiracy theory: I assigned a reporter to contact the Austin Police Department and explain they were writing a story for Science.news, a website we publish, wish will also carry this story. This reporter requested the case number of the Dr. Suzanne Humphries death threat complaint.

The Austin PD promptly gave us the case number, no questions asked.

For the record, the case number was sent to our reporter by “APD Records Management,” from the email address:
Management.Records@austintexas.gov
Date: Tue, Feb 13, 2018 at 1:05 PM

The email was authored by a “Public Information Sergeant” whose name we are not publishing, because he didn’t do anything wrong and doesn’t deserve any condemnation for his role in this. His email said:

I can report that there’s an on-going investigation being conducted pertaining to this incident and the case # 18-XXXXXXX.

[We have redacted the case number for this public article.]

I then forwarded that case number to Dr. Humphries to confirm whether it was a match. Indeed, it was a perfect match.

In other words, the Austin PD hands out these case numbers to anyone who says they’re a journalist, without any hesitation. This means the FBI was either lying all along or is run by incompetent agents who have no idea how law enforcement actually works.

The FBI has become worse than a joke; it’s actually a threat to the freedoms of innocent Americans

As part of the answer to that question, here’s a recent video of an FBI agent busting a move on the dance floor, accidentally dropping his firearm, then shooting an innocent bystander as he stupidly grabs the gun by the trigger:

This is the most insanely stupid thing I’ve ever seen carried out by a supposed member of law enforcement, and it’s no surprise this is coming straight from the FBI, which apparently dispatches agents to dance parties and trains them how to do back handsprings but not how to use retaining holsters. At some point, the FBI might want to think about teaching its agents why it’s a bad idea to pick up pistols by the trigger, too. (Note that the gun did not shoot anyone until a human being pulled the trigger, proving yet again that guns don’t kill people… stupid FBI agents do.)

So now we know the FBI was either lying, or stupid, or possibly both. And instead of trying to find the actual psycho who threatened Dr. Humphries in the first place, the FBI spends taxpayer dollars trying to frame the female victim for the very crime carried out against her.

This is what the FBI has come to in America today, under the traitorous “leadership: of James Comey, who frankly should be spending the rest of his life behind bars for treason. 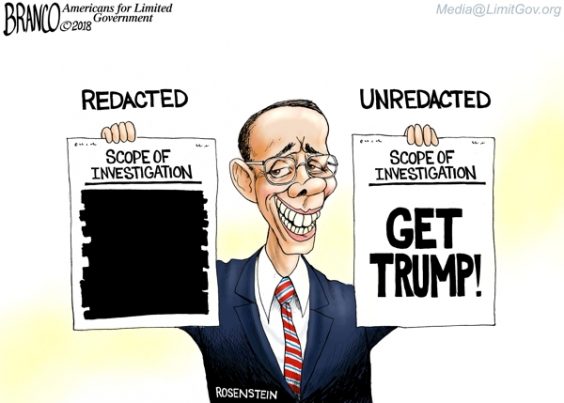 I don’t know about you, but after running this investigation, I’ve lost all remaining faith in the FBI. As much as I’ve been a long-time supporter of law enforcement, veterans and the military, I now realize the FBI is a total disgrace and a threat to the freedom and liberties of innocent Americans. Calling the FBI to investigate a serious crime is about as useful as calling the Mob to protect your nightclub.

Notice, too, that this entire story is blackballed by the corporate-run media, which is suddenly pro-FBI even though the same media has bashed law enforcement for as long as any of us can remember.

Watch my full interview with Dr. Humphries to learn even more, and share this story widely. This needs to get posted on The Free Thought Project and other websites. It’s even Drudge-worthy.

‘You Don’t Have A Choice’ — ‘Normalcy Only Returns When We Largely Vaccinate the Entire Population’
August 3rd, 2020 Flag And Cross

Beyond Stupid: BLM Protesters Stare at White People While They Eat Because of Racism…
August 2nd, 2020 DC Clothesline