The New York Post’s Michael Walsh thinks that the media has the wrong definition of “chaos.”

Throughout President Trump’s first term the media has thrown the word “chaos” around as if it’s the perfect descriptor for what is taking place in the White House these days.

The only problem with this idea is that the word chaos implies that things are a “mess” and that nothing can be accomplished. In reality, the exact opposite is the case. President Trump has actually been able to accomplish more of his agenda, in less time, than any President in recent history.

Walsh goes even further and argues that Trump has actually accomplished more, in less time, and with greater opposition, than any other President since Franklin Delano Roosevelt!

His argument is compelling, and if he’s right it will mean that President Trump could go down as one of the most effective President’s in the modern era.

Michael Walsh: There’s been too much criticism of this president I think for not conforming to the norms of what the media and the Democrats think a presidency ought to be and what a president ought to do and my argument today in the New York Post is chaos is actually a good thing, it depends on how you define chaos, of course.

Ed Henry: So how do you define it here?

Michael Walsh: I define it with the president what he’s doing, if it’s not working, fix it, change it, fire this guy, change this person, get it until you get it right, and so that’s what he’s doing. I think it’s why he’s been so effective over the last 15, 16 months of this presidency…

Ed Henry: You say he’s the most effective president since FDR? How do you back that up? FDR accomplished a lot in the Great Depression.

Michael Walsh: Yes, that’s true. But in the famous hundred days when all this legislation got passed when things got done, what the president’s done I believe in the year-plus is get more done against greater opposition than anyone I’ve seen in my lifetime certainly, and all of this stuff… I think the president’s supporters have to understand that this is what you get with Donald Trump. As long as the president keeps his core values, as long as he keeps living up to what he campaigned on, his group, his audience, his voters will stay with him. And the media’s just going to have to get used to being tired, have to run around a little.

Walsh: Trump Shows That the Big Dog Gets Respect

Michael Walsh: Trump shows that the big dog gets respect and this is something the Democrats and media have a hard time understanding

5
SHARES
ShareTweetPin ItSubscribe: TCP Daily Newsletter
WhatsappLinkedinRedditStumbleuponPrintBufferPocketTumblrMailYummlyFlipboard
Christian news Michael Walsh news political news Politics President Trump accomplished more in six months then Obama did in eight years Trump has accomplished more against greater opposition then anyone since FDR 2018-05-22
Onan Coca
Previous: Why Are We To Support Israel?
Next: These Rich and Famous Preppers Are Coming Out of the Bunker – Do They Know Something We Don’t?

Onan is the Editor-in-Chief at Liberty Alliance media group. He's also the managing editor at Eaglerising.com, Constitution.com and the managing partner at iPatriot.com. You can read more of his writing at Eagle Rising. Onan is a graduate of Liberty University (2003) and earned his M.Ed. at Western Governors University in 2012. Onan lives in Atlanta with his wife and their three wonderful children. 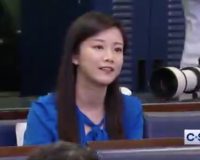