Facebook ‘Hid Webpages’ And Bragged About Ability To Influence Elections

While many leftists in the United States are still screeching about “election meddling” by Russia, they may want to take a long look at Facebook. The social media giant actually hid webpages and bragged about its ability to influence elections.

According to The Intercept, when Mark Zuckerberg was asked if Facebook had influenced the outcome of the 2016 presidential election, the founder, and CEO dismissed the notion that the site even had such power as “crazy.” It was a disingenuous remark. Facebook’s website had, in fact, an entire section devoted to touting the “success stories” of political campaigns that used the social network to influence electoral outcomes. That page, however, is now gone, even as the 2018 congressional primaries get underway.

The social media giant’s “success stories” page is a monument to the company’s dominance of online advertising. It provided users with examples from almost every imaginable industry of how the use of the social network gave certain players an advantage. “Case studies like these inspire and motivate us,” the page crows. Current examples include CoverGirl (“promoting a beauty brand makeover with video ads on Facebook and Instagram”) and Tropicana (“Facebook video ads elevate fruit juice brand awareness”). Not so controversial…anymore.  Because Facebook hid the part where they influenced elections.

The case studies that Facebook used to list from political campaigns, however, included more interesting claims. Facebook’s work with Florida’s Republican Gov. Rick Scott “used link ads and video ads to boost Hispanic voter turnout in their candidate’s successful bid for a second term, resulting in a 22% increase in Hispanic support and the majority of the Cuban vote.” Facebook’s work with the Scottish National Party, a political party in the U.K., was described as “triggering a landslide.”

The “success stories” drop-down menu that once included an entire section for “Government and Politics” is now gone. Pages for the individual case studies, like the Scott campaign and SNP, are still accessible through their URLs, but otherwise seem to have been delisted. -The Intercept 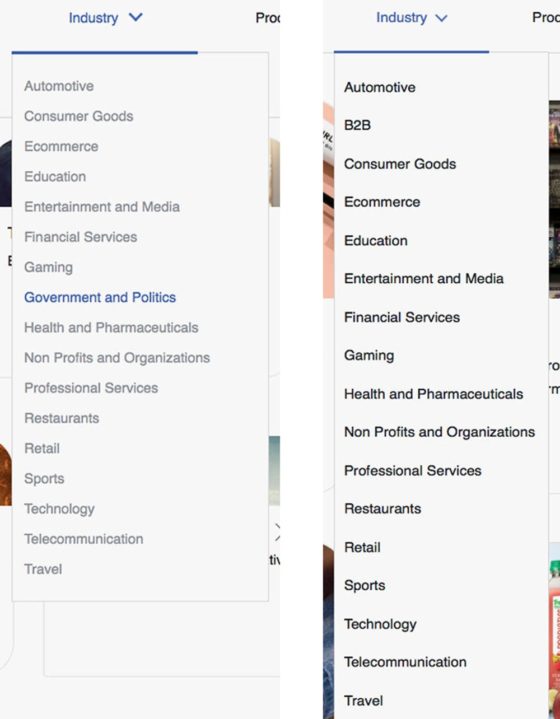 When asked about the deleted section titled “Government and Politics,” which is removed completely from the site, Facebook did not reply.

As many complain that their elections are being meddled with, they miss the big picture.  A former Facebook executive actually admitted that the social media giant is using its power to “program” the behaviors of its users.

Chamath Palihapitiya admitted that social media is “programming” the behaviors of users. “Your behaviors—you don’t realize it but you are being programmed. It was unintentional, but now you gotta decide how much you are willing to give up, how much of your intellectual independence,” he told the students in the crowd. “And don’t think, ‘Oh yeah, not me, I’m f**king genius, I’m at Stanford.’ You’re probably the most likely to f*cking fall for it. ‘Cause you are f*cking check-boxing your whole G**damn life.” –SHTFPlan

“You can sway a thousand men by appealing to their prejudices quicker than you can convince one man by logic.”
― Robert A. Heinlein, Revolt in 2100/Methuselah’s Children