(Natural News) As you may be aware, YouTube is on a censorship rampage, gutting all content (and shutting down all accounts) that dare to question the “official” story on the Parkland, Florida shooting. Today, I’ve learned that YouTube is now going back in time and issuing strikes against videos questioning the Sandy Hook narrative from 2012.

Mere hours after I publicly called for the regulation of Google, Facebook, YouTube and Twitter, YouTube issued a strike against my account for a 2012 interview with a controversial book author named Jim Fetzer. That interview, which has now been banned by YouTube, focused on why Amazon.com banned Fetzer’s book. (Yes, YouTube bans an interview about a book being banned by Amazon. This is the new Orwellian tyranny put in place by the tech giants… you can’t even talk about censorship without being censored.)

Fetzer’s provocative book title is, “Nobody Died at Sandy Hook,” and in the book, he claims the entire event was staged in an abandoned school that had no active students or teachers to begin with. Before you render an opinion about that, perhaps you could download Fetzer’s book here (PDF) and see what evidence he presents. Regardless of whether you agree or disagree with Fetzer’s theory, the fact that Amazon.com banned the book was fascinating news. That’s the news I covered in interviewing Fetzer.

Amazon.com sells all sorts of outrageous books making all kinds of ridiculous claims… but a controversial book on Sandy Hook gets priority censorship

Keep in mind that Amazon.com sells books that claim the Earth is flat. They also sell books that promote Adolf Hitler’s genocidal philosophy. But when someone questions the official story on Sandy Hook, they get blacklisted. That’s news! (And that’s why I interviewed Fetzer about censorship.)

Before it was banned, the book received numerous five-star ratings on Amazon. After the book was banned, Fetzer decided to distribute the entire book for free as a PDF. We saved a copy and posted on Natural News servers, so in the interests of free speech, you can download the full PDF of that book at this link. Note that just because we are hosting the PDF file doesn’t mean we endorse the book’s entire content. But unlike YouTube and Google, we believe you have the right to think for yourself. So download the book and see whether you think it makes any sense.

In my interview with Fetzer, by the way, I never endorsed his conclusions. Instead, I focused on asking him questions of why he believes Sandy Hook was a hoax and why believes Amazon.com thought his book was so dangerous that they had to ban it. The interview, of course, is now memory holed by YouTube in yet another desperate attempt to erase history and silence dissenting views. This is another dark demonstration of why YouTube/Google censorship is so incredibly dangerous to a free society. YouTube is picking a side and brazenly silencing all opposing views, even when those opposing views may have legitimate questions, criticisms or skepticism about the “official” narrative.

It also brings up the question of why the establishment believes a book with photos is so incredibly dangerous to begin with. If the book is complete nonsense as officials claim, then why not let people see it so that Fetzer can be fully shown to be a complete fool? No, the truth behind the censorship is that many people find the book stunningly convincing, and that’s why the book had to be banned. The official story, in other words, is so fragile and full of holes that the merest questioning of it all could bring down the entire narrative. Censorship is used to protect the false narrative, and the weaker the narrative, the more censorship has to be used against those who question it.

Even more alarmingly, this is a six-year-old interview. Why is YouTube suddenly scrubbing interviews from six years ago? The answer, of course, is that YouTube has only recently decided to pursue wholesale tyranny and suppression of dissenting views that dare to question the “official” story on mass shootings. There’s no question this is all about YouTube pushing a gun control narrative by making sure no one awakens to the truth that certain elements of mass shootings are engineered to maximize the carnage. For example, even in the recent Parkland, Florida school shooting, we now know that armed deputies were ordered to stand down. Yet YouTube was deleting videos precisely for claiming that exact thing.

Even in a world where most people likely disagree with Jim Fetzer’s conclusions, YouTube is practicing a very dangerous style of totalitarian censorship that declares Jim Fetzer has no right to speak at all. Even more importantly, YouTube is telling other independent journalists that if they talk to Jim Fetzer, they will have their channels shut down.

Thus, any association with Jim Fetzer now gets you blacklisted. This is how YouTube transforms an intriguing, controversial figure like Fetzer into a persona non grata, ensuring that no one dare talk to him ever again, for fear of being banned and blacklisted forever. Granted, Fetzer is extremely controversial, and I haven’t had any interaction with him since that 2012 interview. But regardless of what you think about his books, should a tech giant like YouTube really have the power to declare an individual to be “out of bounds” merely because that’s the opinion of YouTube employees? Doesn’t Jim Fezter have the right to express his views, even if they are unpopular? After all, YouTube hosts millions of videos that feature complete lunatics spouting utter nonsense and babble. Yet those videos aren’t banned. Ever wonder why? The clear answer is because those people don’t threaten the official “narrative” of school shootings and gun control.

We have now entered very dangerous territory with these tech giants like Google, YouTube, Facebook and Twitter. Each one of them is being run by left-wing lunatics who are deciding what’s “true” or “false” based on their own extreme biases and indoctrination. They are actively deleting and blacklisting all content with which they disagree, and in doing so, they are turning the internet into an echo chamber of liberal talking points about important events, including mass shootings which obviously deserve full public participation in terms of debates, discussions and scrutiny.

But YouTube, you see, disallows any scrutiny that counters the official narrative. And that’s practically proof that the official story is completely fake. YouTube is accidentally confirming, it seems, that Jim Fetzer may have a point.

Note carefully that YouTube almost never bans pro-Antifa videos, even though Antifa is a radical left-wing domestic terrorism group. But they’re quick, of course, to ban videos that show how violent and dangerous Antifa really is. As Jim Hoft writes from The Gateway Pundit:

On Thursday, June 2, 2016, peaceful supporters of Donald Trump gathered at the San Jose Convention Center for a political rally in support of the Republican nominee. The Trump supporters were all smiles as they waited to see candidate Trump on the rope line. Little did they know that outside the center radical leftists, Bernie supporters, Muslims, Mexican nationalists, anarchists, SEIU members and several hundred angry thugs were waiting to spit on them, chase them, assault them and beat them bloody.

The days of interrupting speeches are over. Democrats escalated their tactics on Thursday and will now beat skulls.

One young Trump supporter was followed and cold-cocked and left bleeding as he walked to his vehicle.

But Google-YouTube would not allow the video on their platform. YouTube does not want the truth of radical far left violence to be broadcast on their channel. It does not fit their narrative.

1
SHARES
ShareTweetPin ItSubscribe: TCP Daily Newsletter
WhatsappLinkedinRedditStumbleuponPrintBufferPocketTumblrMailYummlyFlipboard
Christian news Facebook Twitter and YouTube censoring news Nobody Died at Sandy Hook banned by Amazon Politics video of Antifa activists threatening to murder conservatives censored by YouTube YouTube censoring YouTube issuing strikes against accounts that question the events of Sandy Hook 2018-03-04
Mike Adams
Previous: Peter Schiff: ‘We Will Live Through Another Great Depression Which Will Be MUCH MUCH WORSE’
Next: Amazing Leadership 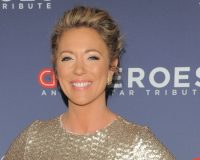