Home / U.S. NEWS / Cher is a hypocrite on taking DREAMers into her home

Cher is a hypocrite on taking DREAMers into her home

The word “DREAMers,” which stems from the 2001 DREAM (Development, Relief, and Education for Alien Minors) Act, refers to people who, with their parent(s), illegally entered the U.S. when they were 16 or younger.

The one-name actress-singer Cher is an avid supporter of Hillary Clinton and a rabid anti-Trumper who “threatened” to leave the U.S. for the planet Jupiter if he was elected POTUS.

See “List of Hollyweirdos who say they’ll leave U.S. if Trump is elected”.

Alas, like all the other Hollyweirdos who made similar “threats,” Cher did not leave, but is still residing in her private and gated home in Beverly Hills, described by Architectural Digest as four-bedroom, three-bathroom, with 3,100 square feet of house and 25,000 square feet of land, for which she’d paid $2.145 million in 2013.

In September 2017, the Trump Administration announced plans to rescind Obama’s Deferred Action for Childhood Arrivals (DACA) program that shields DREAMers from deportation and enables them to be eligible for a work permit. Since the Obama administration began DACA in 2012, 787,580 people have been approved for the program. To be eligible, applicants had to have arrived in the United States before the age of 16 and have lived in the country since June 15, 2007.

On Sept. 5, Cher took to Twitter, sputtering with outrage in capital letters, and vowing she would take a DREAMer into her home:

“Those Who Can Must Take a DREAMER In2 Their Home & Protect Them!! I’m Ready 2 Do This & Others in MY BUSINESS WILL DO THE SAME!! SANCTUARY

When another twitterer questioned her sincerity, saying “I’ll believe it when I see it,” Cher spitted back:

“Then keep your eyes open bitch”

Yesterday, in a “Blind Item Revealed,” the Hollywood gossip site Crazy Days and Nights identifies Cher to be a hypocrite:

Earlier this year, this one named permanent A list icon publicly offered to house displaced people. She made a very big deal about it. Apparently an organization got in touch with her people and said they had about a dozen families that could use help. The icon went radio silent on them and never helped anyone.

Crazy Days and Nights blogger “Ent Lawyer” (Ent=Entertainment), is described by The Daily Beast as having a track record of accuracy. Investigative journalist Mark Ebner said this about Ent Lawyer, who wrote about Hollywood mogul Harvey Weinstein several years before the producer was finally outed as a serial and rampant sex abuser of women:

“In my opinion, that’s what makes him so impressive, is that no one knows who he is, and he’s being proven right again and again. That’s like legendary shit.” 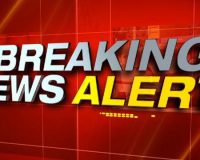