Kevin Shipp is not only a former Central Intelligence Agency agent for more than two decades, but is also a Christian and author of several books

.  Shipp recently told USA Watchdog that the Deep State is not only “terrified” of President Donald Trump but they also want him “taken out.”

“Donald Trump is questioning the Deep State and the shadow government,” Shipp says in an interview Greg Hunter. “He’s rocking that place left and right.”

“The news media is terrified of that,” he added.  “Their editors are telling them to attack him just like they are attacking him from the inside. It’s just dirty pool because they want him taken out.”

However, Shipp continued to point out that those in the news media were not the only ones feeling the heat.  Others who have been blasting Trump are now beginning to feel the heat, as well.

To make the point, Shipp referenced the recent Executive Order by Trump on “Serious Human Rights Abuse or Corruption.”

“Donald Trump, very wisely, starts out calling it a ‘threat to U.S. national security,’” Shipp said.  “That one term brings in the U.S. military, the U.S. intelligence agencies, domestic law enforcement, and the whole U.S. law enforcement into enforcing these laws.”

The amazing thing about the Executive Order is now it extends to foreign persons, foreign organizations and even foreign government officials,” he added.  “So, this is a national security threat, which means it includes anyone inside the United States or outside the United States.”

Shipp claims that this is the biggest coup since the time of John F. Kennedy.

However, he says that we should make a clear distinction between the shadow government and the deep state.

“I differentiate between the ‘Deep State’ and the shadow government,” Shipp told Watchdog USA.  “The shadow government are the secret intelligence agencies that have such power and secrecy that they act even without the knowledge of Congress.  There are many things that they do with impunity. Then there is the ‘Deep State,’ which is the military industrial complex, all of the industrial corporations and their lobbyists, and they have all the money, power, and greed that give all the money to the Senators and Congressmen.”

“So, they are connected, but they are really two different entities,” Shipp concluded.  “It is the shadow government . . . specifically, the CIA, that is going after Donald Trump. It is terrified that some of its dealings are going to be exposed.  If they are, it could jeopardize the entire organization.” 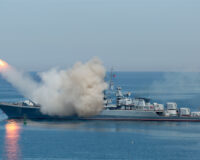