Who knew Kevin Spacey could get even better at playing an American politician?

As if our approach to politics, law, and leadership wasn’t gay enough or predatory enough already, this week brought news that Spacey, the legendary actor best known for his lead role as Frank Underwood in House of Cards, is both gay and a sexual predator.

In typical DC/Hollywood/Madison Avenue fashion, the problem for Spacey isn’t that he’s a sexual predator and it’s certainly not that he’s gay. The problem is that he’s been outed as a long-term sexual predator – a class of Hollyweirdo that, while seemingly invulnerable just last month, now finds itself squarely in the crosshairs of a newly (and quite unexpectedly) inaugurated sexual predator hunting season.

In this we see yet another high profile example of the hard shift that hit the culture when the Weinstein scandal exploded onto the scene.

Where not long ago there were certain things that “just didn’t get challenged” (like the invulnerability of elite social and political figures), we’re now seeing the first fruits of a seismic shift in what can and will be tolerated. Look for this trend to continue even as it is understandably and vigorously resisted by elites and the centralized powers they champion.

While we may well enjoy watching Progressives on the Left get pummeled in the weeks, months, and even years ahead, we need to realize (and be thankful that) this purifying enema is going to hit the Right quite hard as well.

Where there is undue centralized power, there is corruption, and both the Right and Left in America are all about the undue centralization of power. The sudden shattering of the invulnerability bubble around the elites atop centralized political, governmental, media, and educational systems in America is a beautiful thing, to be sure, but we set ourselves up for easy distraction and many missed opportunities if we fail to appreciate the value of this cleanse in sweeping away scores of self-identified “conservative” political and religious leaders who have, in practice, escorted our culture to hell. Remember: The Pagan Political Right Wing and Pagan Political Left Wing are two wings of the same dragon.

If we fail to evenly and consistently apply standards of morality and conduct based upon the one and only true gold standard for measuring such things (the Word of God), and we shield “our guys” or our pet traditions from testing under the light of Scripture while cheering the fall of more flagrant Leftists when they’re exposed under that light, then we are choosing to play a decidedly pathetic and destructive role. Through that selective approach to virtue and selective application of truth, we become very much like the Leftists we claim to oppose.

So let’s not do that, okay?

Let’s not pretend that the Bushes are forces for goodness.

Let’s not pretend that the Republican Party is all about freedom, liberty, and small government.

Let’s not pretend that Donald Trump is a repentant Christian leader.

Let’s not pretend that The Pledge of Allegiance wasn’t written by a devout Socialist for the purpose of spreading Socialism in government-controlled public schools.

These are the systems and institutions that have brought us to the brink.

These are the schools and traditions that have brought us to the pathetic place in which we now find ourselves.

And we need to repent.

While there is yet time.

For those who still think that the United States of America is some sort of eternally secure construct assured to persevere through any trial or tribulation by the inherent awesomeness of its character or history or whatever, God is sending a clear message.

Things are getting real.

And that’s a good thing.

As we consider the fast-moving changes washing over the culture, particularly those being directed by God to, among other things, shed a whole lot of light in places that have been very dark for a very long time, it seems like a good time to re-share a post from early 2016 entitled The Kingdom of God vs. The (Collapsing) Empire of America:

“As we watch a proud, unrepentant people cling to the idol of the American State and we see the judgment of the one true God come down upon that idol and its worshippers, we are well served to praise the King of kings for the peace, purpose, and mission that He has given His people right here and now in the middle of this whole soon-to-pass mess.

The fact that He’s purposefully placed and perfectly equipped each of His people “for such a time as this” should inspire matchless calm, confidence, and joy even as we engage the dead religion of American Statism in the midst of its last, desperate attempts to secure the American State as the one true god under whom all other (lesser) gods must bow.

For those of us who truly love America and love Americans, this is a very challenging and critical time. It has never been more vital that we lovingly confront and correct the State-as-messiah counterfeit gospel that has come to define our culture through generations of State-run “education” and Corporate-directed pop-culture programming. It has never been more important to torch the curtains hiding the little men who would be gods that are operating the fictional political and economic constructs that are being used to perpetuate our bondage by keeping us focused on anything but Christ as the solution to all that ails us.

The American State is being held high as our savior.

The American State is being embraced as the educator of our children.

The American State is being promoted as the author and sustainer of our freedom, liberty, law, and security.

The American State has perverted and corrupted the concepts of law, liberty, freedom, and life itself as no other people before…all while claiming the status of “Christian nation” and stamping “in God we trust” on the fake money it manufactures out of thin air to control and enslave people and cultures not only at home, but across the globe.

The American State is being exalted as our god in practice if not in title…though the title will inevitably follow once the practice runs its course.

The good news is this: The Author, Definer, and Sustainer of law, family, gender, marriage, economics, civil government, and life itself will not have it.

He will not tolerate its evil indefinitely.

He will not allow its prideful march to continue for much longer.

He will not allow it to continue its use of black magic fiat economics to enslave the masses and empower an anti-Christian elite (many of whom claim to be Christians, of course).

He will not allow the temples (some call them “schools”) of the American State to continue “educating” children in accordance with a philosophy of the pursuit of knowledge lifted directly from the serpent’s tongue in Eden (and subsequently found in the tenth plank of The Communist Manifesto).

He will not allow the beast of the American State to pillage the institutions of family and marriage indefinitely.

He will not allow the mass murder of baby boys and girls in openly operating, “legally” protected child-butchering facilities to go on for much longer.

He will not allow America to continue.

He will bring it to an end; an end that will demonstrate once again the unbreakable nature of His Law in, over, and throughout every part and aspect of His creation.

The Republican Party, Pagan Conservatism, and Donald Trump cannot “Make America Great Again”, regardless of what Rush Limbaugh or Fox News might tell you.

Apart from repentance and submission to Christ as King in practice and in detail in every realm of life, the American Empire is coming down hard…and we as Christians shouldn’t want it any other way. (For more on this critical and beautiful truth, please read Roaring into Post-America Christianity.)

The land under each and every American’s feet belongs to Him.

The air above that land and the oceans that surround it belong to Him.

The law, economics, arts, and education that Americans pervert so arrogantly and routinely belong to Him.

Even now, the wrath of God is pouring out upon a proud an unrepentant “We the People” of America. Even now, the great opportunity to repent, believe, and be saved is being extended. But that extension of grace will not go on forever.

America came and America will go, perhaps quite soon by the look of things at this particular moment.

But the Kingdom of God will endure forever, conquering and reconciling every corner of creation, taking every thought and practice captive to Christ.

The Gospel-fueled Great Commission will triumph in the land presently known as America…and everywhere else.

Every knee will bow to King Jesus.

Every tongue will confess the majesty and beauty of the Lord. . . “

Something to keep in mind as America’s house of cards comes tumbling down around us.

0
SHARES
ShareTweetPin ItSubscribe: TCP Daily Newsletter
WhatsappLinkedinRedditStumbleuponPrintBufferPocketTumblrMailYummlyFlipboard
American Socialism American Statism crimes of the Left and the Right Kevin Spacey a homosexual and sexual predator Politics the Kingdom of God will endure forever 2017-11-01
Scott Buss
Previous: Tunnel Collapse at North Korea Nuke Test Site – 200 Dead
Next: Pro-Trump Forces Are Taking Over The Republican Party, And There Is No Going Back 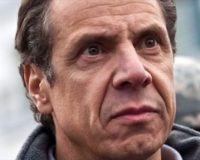