Home / FEATURED ARTICLES / CAIR-LA Leader Who Just Won the Democrat Party of Orange County Social Justice Award has Called for the Overthrow of the U.S. Government

CAIR-LA Leader Who Just Won the Democrat Party of Orange County Social Justice Award has Called for the Overthrow of the U.S. Government

The continued naïve or diabolically planned political incorporating of Islam into American government is stunning, and suicidal.  Oil and water do not mix; neither do adherents of the Koran dedicated to instill a caliphate across the world, and doing so by collapsing the “Great Satan” which would be the United States of America.  Once again the Council of American-Islamic Relations, which name and organization is purely deceptive since it has NO intention of having relations with America once it establishes itself in dominant positions throughout our country’s fabric; once again, CAIR has revealed its’ authentic core beliefs as you will read in the article below.  Allow me a small “spoiler alert”…CAIR-LA Leader publicly calls for the overthrow of the U.S. Government after accepting an award for Social Justice!  If such idiotic happenings only took place in California, you could write it off given California’s enthusiasm to embrace all things un-American.  But other cities and states are embracing Islam regardless how much is demonstrated by Islam/CAIR that they truly hate America.

The story below is shocking, bewildering, and “in your face.”  I pray as the curtain continues to be pulled back all across our Land, and the true colors of elected officials becomes known, we find citizen servants willing to come forward and protect and serve the country we call home, and which was given to us as a gift by our Forefathers if we would only preserve it.

On Saturday, September 23rd, the Democratic Party of Orange County hosted their annual Harry S. Truman Dinner and presented the Social Justice Award to Hussam Ayloush, executive director of the Council on American-Islamic Relations, Los Angeles (CAIR-LA). The award recognized CAIR’s work in defending the rights of all Muslims against bigotry, Islamophobia and other forms of discrimination.
CAIR-LA’s Executive Director Hussam Ayloush accepted the award on behalf of the organization. “Today the attack is not on Muslims, not on the Latinos, not on the immigrant community, not on the LGBTQ community, not on the African American community, it’s on all of us. 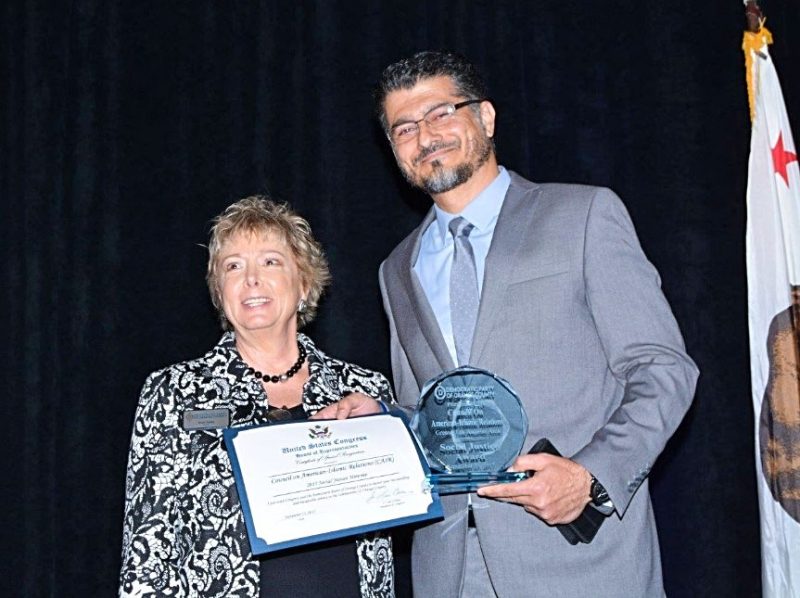 We’re just being targeted one by one and the only way we can defend ourselves and protect the ideals of our country and our democracy, is to respond together, collectively. Thank you to the Democratic Party of Orange County for such a great honor and great privilege. We take it with a lot of pride and humility.” 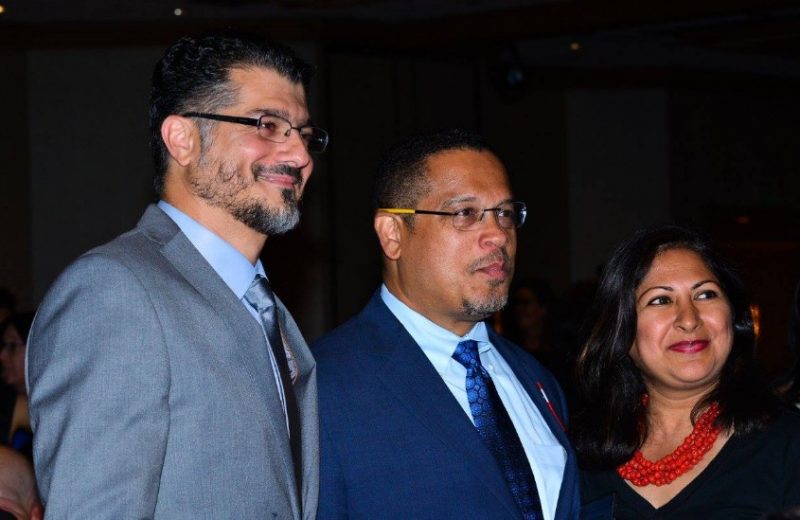 So what was Muslim congressman Keith Ellison from Minnesota doing at this event in California. Who paid for him to be there?

CounterJihadReport  The Council on American-Islamic Relations (CAIR) successfully presents itself to the media as a benign civil rights organization, comparable to the NAACP or the ADL, a description that conservatives ineffectively rail against. In this light, perhaps a tweet sent out just after midnight EST on Nov. 9, the day after the election of Donald Trump, by Hussam Ayloush, long-time head of CAIR’s Los Angeles office, will help awaken the press to CAIR’s true Islamist identity. Ayloush wrote: 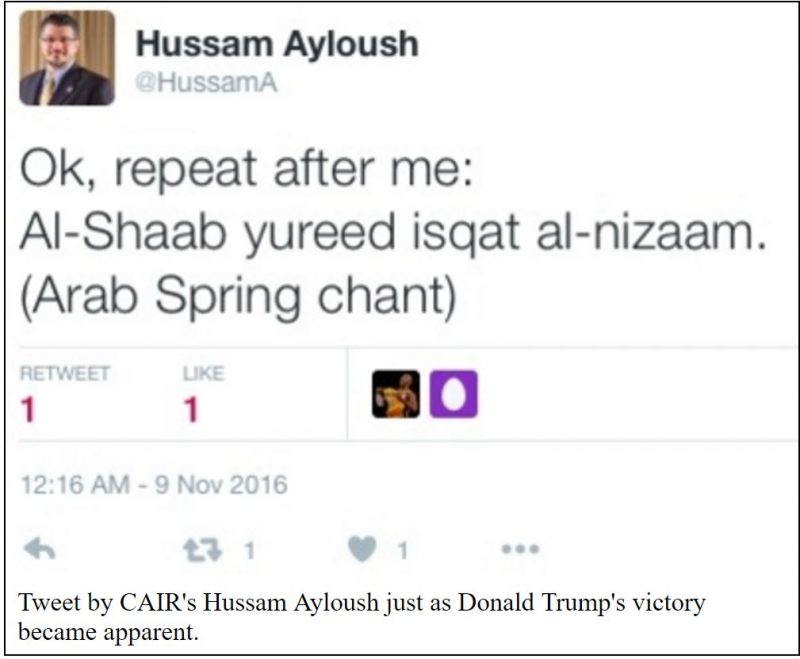 That second line is Arabic (“الشعب يريد إسقاط النظام‎‎”) for “The people want to bring down the regime.” In other words, Ayloush unambiguously and directly called for the overthrow of the U.S. government.
He also likes to refer to Jews as ZioNazis:

The dawning of Donald Trump’s victory was apparently a trying moment for Ayloush, so he let loose with an emotion he’d normally have kept under wraps. In other words, he offered a rare, candid insight into the mind of one CAIR apparatchik.
According to 18 U.S. Code § 2385, “Advocating overthrow of Government”
Whoever knowingly or willfully advocates, abets, advises, or teaches the duty, necessity, desirability, or propriety of overthrowing or destroying the government of the United States … Shall be fined under this title or imprisoned not more than twenty years, or both. 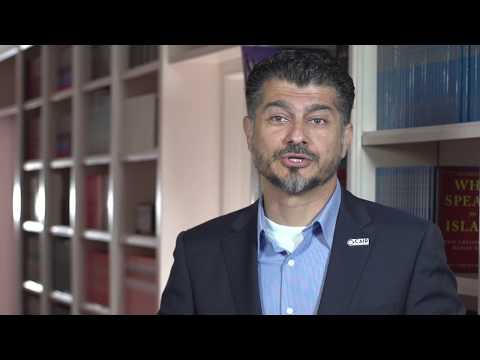 Previous: Can’t Legislate Morality – But Perversion and Wickedness are Perfectly OK?
Next: Remember This Friday The 13th – Americans Are More Optimistic About The Stock Market Than They Have Ever Been Before

VIDEO: VA patriot educates “surveillance state” cops (and orders one off of his property) who visit him prior to Monday’s potential powderkeg 2A rally in Richmond
January 19th, 2020 Powdered Wig Society

Abolition of Abortion and ‘Church Repent’

By Rob Pue, Publisher Wisconsin Christian News “But today, we have no ...