FEATURED ARTICLES Pope cuts penalties for paedophile priests - including one let off with...

Who believes that a “lifetime of prayer” should be considered a punishment? Isn’t it an honor for a believer to go before the feet of Jesus Christ? At the cross, upon his death, the temple veil was torn signifying our privilege to have access to the throne of God. Christ became our High Priest. Now it’s called punishment? MB

Pope Francis has been slammed by church officials and sex abuse survivors for cutting penalties for paedophile priests.

The Pope is said to be applying his vision of a ‘merciful church’ to sex offenders by reducing punishments to weaker sentences, such as a lifetime of prayer and penance.

It has been revealed by church officials that Pope Francis overruled advice given to him by the Vatican Congregation for the Doctrine of the Faith about two priests  – allowing them to be punished by a lifetime of prayer.

He overruled two sentences given by the Vatican to paedophile priests, including Reverend Mauro Inzoli, who was later convicted by an Italian criminal court

One of the priests was the Reverend Mauro Inzoli, who was found guilty of abusing young boys by the Vatican in 2012 and was ordered to be defrocked.

However, he appealed, and in 2014 Francis reduced the penalty to a lifetime of prayer, prohibiting him from celebrating Mass in public or being near children, barring him from his diocese and ordering five years of psychotherapy.

Rev Inzoli was then convicted by an Italian criminal court for his sex crimes against five children as young as 12.

He is now facing a second church trial after new evidence emerged against him.

A church official has said some paedophile priests and their high-ranking friends appealed to Pope Francis by citing the pope’s own words about mercy in their petitions.

They said: ‘With all this emphasis on mercy … he is creating the environment for such initiatives.’

Marie Collins, an abuse survivor and founding member of Francis’ sex-abuse advisory commission, expressed dismay that the congregation’s recommended penalties were being weakened.

She said: ‘All who abuse have made a conscious decision to do so. Even those who are paedophiles, experts will tell you, are still responsible for their actions. They can resist their inclinations.’

Many canon lawyers and church authorities argue that defrocking paedophiles can put society at greater risk because the church no longer exerts control over them.

They argue that keeping the men in restricted ministry, away from children, enables superiors to exert some degree of supervision.

But Ms Collins said the church must also take into account the message that reduced canonical sentences sends to both survivors and abusers.

‘While mercy is important, justice for all parties is equally important,’ she said.

‘If there is seen to be any weakness about proper penalties, then it might well send the wrong message to those who would abuse.’

Comparatively, his predecessor, Pope Benedict XVI, rarely granted clemency petitions and defrocked 800 priests, who had raped and molested children, during his eight-year papacy.

According to the church official, Pope Francis also ordered three staffers to be dismissed – two of whom worked for the discipline section that handles sex abuse cases. 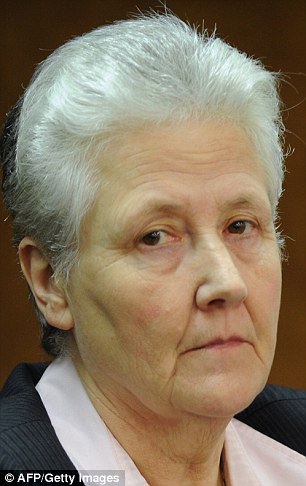 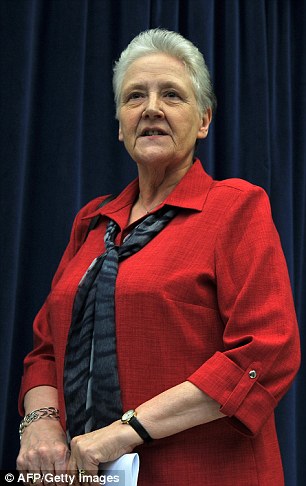 Marie Collins, an abuse survivor and founding member of Francis’ sex-abuse advisory commission, expressed dismay that the congregation’s recommended penalties were being weakened

But Vatican spokesman Greg Burke said they will be replaced and staffing is set to be strengthened after the Pope approved hiring more officials.

He said: ‘The speed with which cases are handled is a serious matter and the Holy Father continues to encourage improvements in this area.’

He also dispelled rumours that sex-abuse cases would no longer be handled by the congregation, saying the strengthened office would handle all submitted cases.

Mr Burke added the Pope’s emphasis on mercy applied to ‘even those who are guilty of heinous crimes’ and priests who are found to be abusers are permanently removed from the ministry but are not necessarily defrocked.

He said: ‘The Holy Father understands that many victims and survivors can find any sign of mercy in this area difficult, but he knows that the Gospel message of mercy is ultimately a source of powerful healing and of grace.’

Biden and the Democrats will place us all in grave danger in their quest for a new voting base.   By Greg Holt (TCP News)  In the...
Read more
FEATURED ARTICLES