Three American Heroes Who Stopped Armed Terrorist in Paris: Each One a Christian

Why did three Americans on a train bound for Paris decide to jump up and stop an armed terrorist last month?

Their military training was not their only motivation. According to various media reports, the three young men are Christians.

College student Anthony Sadler, Airman Spencer Stone, and National Guardsman Alek Skarlatos were awarded the Legion of Honor in Paris, France’s top honor. The three Americans and one British man received the accolade for taking down a man who was heavily armed on a passenger train in Belgium.

Sadler’s father, Anthony Sadler Sr., is a Baptist pastor in Sacramento, California. According to The Gospel Herald, the three men and childhood friends went to California’s Freedom Christian School together.

The Associated Press reported that during the ordeal on the Paris-bound train, Stone was stabbed several times in the back and suffered other injuries. He even had a pistol put to his head. The attacker pulled the trigger two times.

“But it clicked twice and didn’t go off,” Stone’s mother, Joyce Eskel, said.

“We believe God’s providential will worked its way out,” Sadler Sr. said. “I’m just thankful they were there and got things done.”

“There’s no way he would stand on the sidelines and watch them get attacked,” he said. “I’m thanking God they were not seriously injured.” 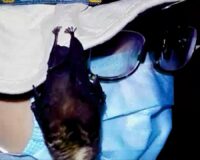