LANCASTER, Pa. — America just marked its 239th Independence Day, the birth of what many consider the greatest nation on earth. But after all these years of celebrating, Americans may soon be mourning its downfall.

That’s the conclusion of researcher George Barna and historian David Barton in their book U-Turn: Restoring America to the Strength of Its Roots.

These authors say the United States is entering its own version of the Dark Ages and that any civilization that’s gone where America’s headed now has gone to ruin.

“The founders gave us an amazing foundation,” Barna told CBN News. “And for us to trample on it and say ‘we’re going to build a new one’ is folly.”

The authors point out those early Americans were shaped by the Bible and a Judeo-Christian worldview.

Today only 30 percent of Christians read the Bible and less than 10 percent have read it from cover-to-cover. And it shows.

Faith is losing its foothold in the land.

“The proportion of unchurched people has risen from 28 percent to 48 percent in six years,” Barna shared. “The fastest growing faith group in America is atheists and agnostics.”

‘Your Life Doesn’t Belong to You’

It’s making for a complete change in values from what was seen 240 years ago. Then, service to others ruled the day.

“Your order of responsibilities was God, country, and family.” Barton explained. “That’s part of the biblical thinking they had.”

“[That’s] why the founding fathers were told and specifically taught in school — we have their textbooks — if someone comes to you and says ‘we need you to run for public office,’ you’re not allowed to say ‘no,'” he said. “Because, as they point out, your life doesn’t belong to you.”

That’s led to a get-it-all, have-it-all, do-it-all mentality that can pile up the kind of debt capable of killing a country.

A Nation of Debtors

“Where we are right now, it will take 107 years of the full production of the American economy to pay off the debt we have right now,” Barton said.

“We are at a point now where 60 percent of Americans receive more from the government than what they put in,” he added. “You can’t sustain that.”

“We averaged spending $61,000 per poor family last year. You now find that those who are on welfare make more than teachers make in 11 states.  And those on welfare now make more than secretaries do in 39 states. We can’t sustain that,” he reiterated.

Compare that to the attitude Thomas Jefferson expressed to young America.

Quoting the author of the Declaration of Independence, Barton said, “We can live in debt and extravagance, but we’ll be in slavery — or we can be free, but we have to use frugality.”

What Destroys a Nation

“George Washington said ‘avoid occasions of expense.’ You want out of debt? Just quit spending. And so the founding fathers were very, very, very clear that what would destroy a nation is debt,” Barton concluded.

So where does that indicate America’s headed?

“Into the ash heap of history,” Rev. Sam Rohrer, president of the American Pastors Network, suggested.

Rohrer doesn’t want that to happen. He said he’s desperate for another outcome.

“God’s judgment on America and His hand of judgment, which is very obviously here, will put us down on our knees until we look up,” Rohrer said. “When a civilization or a culture begins to recognize that truth has not changed and God is truth and then goes there, then the nation can be made whole.”

Rohrer’s doing what he can to make that happen. One effort was to invite Barna and Barton to come speak to several hundred church leaders at a recent conference of the Pennsylvania Pastors Network in Lancaster, Pennsylvania.

‘We Are the Problem’

“This is a hope that in revival, God’s people — who hold the key — will in obedience say, ‘We are the problem. We have walked away from You and the culture has followed us, not the other way around,'” Rohrer explained.

Christians may doubt they’re a part of the problem, but Barna and Barton found in their research over and over again that church people — just as much as their government, just as much as secular people — are guilty of the same kind of ruinous behaviors that are taking the nation down.

“You can’t find a difference in behavior between Christians and non-Christians anymore, and that’s not good,” Barton warned.

Barna had a suggestion for Christians: “Stop pointing the finger and look at ourselves and say, ‘Are we really the Church that Christ died on the cross for?”

He pointed out a key reason for the success of early America.

“If you try to understand what made America great, it was a dynamic partnership between church, family, and government,” he explained.

Today, many doubt whether religious believers should even get involved in politics or guiding government.

But Barton pointed out, “The entire Bible’s loaded up with God’s ministers getting right in the face of civil leaders and saying, ‘That’s wicked policy.'”

And he said ministers were deeply involved for much of the nation’s history in the actual making of law, suggesting what legislatures’ priorities should be at the start of a new term and what the Bible had to say about proposed laws.

“Back in the founding era, one of the traditional sermons they had was called an Election Sermon,” Barton said. “And it went on for 170 years. And it was very common for state legislatures to open up by having a minister come and speak to the entire state government.”

Many today recoil at the idea of church leaders having so much input in secular government and reject it.

But Barna suggested, “For us to say, ‘We’re going to do it our way for now,’ and think that we’re not only going to survive but thrive is just sheer arrogance.”

Barna said today’s Americans believe they’re smarter than the founders, maybe because of education and technology. But the founders had that biblical foundation.

“They didn’t have all the things that we think are necessary to have a sophisticated society,” he said. “But the key isn’t sophistication. It’s wisdom; it’s discernment; it’s love; it’s grace.”

It may be true that many today believe they’re wiser than the people who formed America. And yet those founders were so wise they created the greatest nation on the earth, while today’s generation is well on its way to losing it. 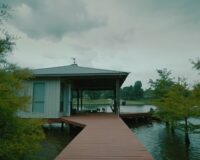