Nostalgia for a Pre-Obama America

Written by Daniel Greenfield
The one thing that Democrats and Republicans have in common these days is nostalgia for a pre-Obama era. The leading candidates of both parties serve as shorthand for a time before the era of Obama. The last names Bush and Clinton summon up nostalgic visions of their family’s previous administrations. 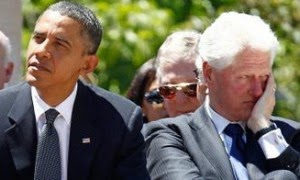 The Bush and Clinton political express is moving forward not because these families have become dynasties, but because the majority of Americans want to go back to a time before Obama.

Hillary and Jeb are not popular on their own merits. To Democrats, Hillary seems to offer a return to the Bill Clinton days when the economy was up and the country didn’t hate them. To Republicans, Jeb seems to offer a way back to the clearer issues of the Bush years when domestic politics had been temporarily taken off the table. After two terms of Obama’s unfiltered left-wing radicalism on domestic and foreign policy, the potential matchup will return to the triangulation of the Bush-Clinton years with Jeb adopting liberal ideas on domestic policy to appeal to Democrats and Hillary pretending to take a tougher stance on foreign policy and national defense to appeal to Republicans.

The combination may be a nightmare for conservatives, but they need to understand the source of its appeal. Americans desperately want to erase the entire miserable Obama era from history.

There have been dynasties in American politics before, but none of them were driven by this degree of escapism. Americans are not looking to the future. Polls show that they no longer expect the future to bring them a better life. Instead they are nostalgic for a better past. They want the nineties back. They even want the last decade back.

There is no better sign of how miserable Obama’s two terms in office have been than that the last names Clinton and Bush now induce nostalgia, rather than anger. That’s true even among many people of the opposing party. The passing of time has made the Clinton and Bush years seem like a better era.

Conservatives who want to move the country to the right are not just battling the establishment. Much of the country wants to magically return to the way things were without any more conflict. Instead of actually undoing what Obama did, they want to chant “Bush” and “Clinton” to instantly turn back time.

Obama shattered the embryonic Third Way politics that both parties had come to rely on after the Cold War. The radical left has been met by a resurgent conservatism. The old way of doing things in which the Republicans gradually gave ground and the Democrats gradually took it was overturned. The left has shown that it can blow through the legal structures to implement a radical agenda and get away with it. The right has realized that compromising their way to victory is a formula for a permanent defeat.

Obama was right about the dishonesty of triangulation. When he tossed it out, he did conservatives a favor by exposing the core conflict underlying our politics. He showed his party that a radical was electable. The Republican Party has chosen to ignore the meaning of that lesson. It remains convinced that the only possible political strategy for the right is triangulation. Jeb Bush has already unveiled “Inclusive Conservatism”. But Obama has set a precedent and it’s one that he may come to regret.

The Obama years radicalized both the left and the right. The Clinton and Bush triangulation is an establishment attempt at reasserting the centrality of centrism. But there are already signs that it will not hold. Democrats are longing for Elizabeth Warren. Even if she doesn’t run, the path to beating Hillary lies to the left. Either Hillary will occupy the left or the left will topple her in the primaries. 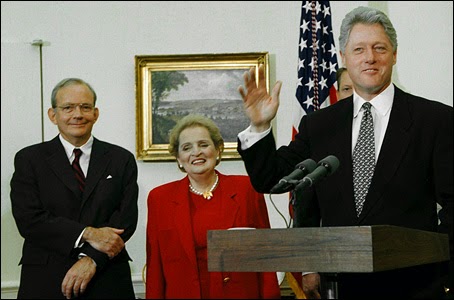 The Republican primaries have a crowded center and an empty right. The path to victory may lie in letting the centrists fight it out while a conservative candidate holds on to his base in state after state. Hillary Clinton and Jeb Bush may still take their respective nominations, but they’ll have to change course to do it. And they will emerge from primary season having moved to the left and the right.

And if they both lose, then the 2016 election will become a showdown over the future of America.

Most Americans are apolitically political. They have a native distrust of politicians and are skeptical that anything can really change. That’s why the establishment triangulators run as the sensible candidates; the ones who won’t blow everything up and who will give people the best of both parties. The radical candidates run on change. They speak to those who are angry and frustrated with the way things are.

Republicans haven’t run credibly on change in a while. And that needs to change.

Running on pre-Obama nostalgia is a safe bet. But the Democrats can beat Bush nostalgia with Clinton nostalgia. Republicans have lost two presidential elections running safe bets. In 2016 they’ll be running against another safe bet, which means that their strategy of risking nothing and losing everything may actually pay off. But the only people it will really pay off for, either way, are regulators and bureaucrats.

And it probably won’t work.

Bush and Clinton tap into the country’s emotional need for stability, but its practical need is for change. The underlying debate of the Obama years that we never had was about the relationship between the people and the government. And that is a debate that the country desperately needs to have. 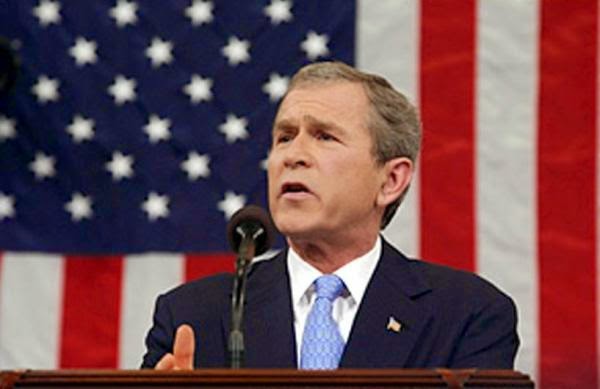 Without that, there is no way back to pre-Obama times. Instead we’ll continue losing our freedoms and our republic to the expanding power of a vast incompetent state.

A traumatized nation wants to return to a pre-Obama era, but there is no way back without undoing the things that he did. If a candidate of change fails to make Americans understand that, then a decade from now they will nostalgically recall the Obama years and wish that they could go back to those wonderful days.

Former CBS Healthwatch Reporter Was Right & WHO Just Confirmed How They Will Make The Vaccine Appear “Effective”
January 22nd, 2021 Sons of Liberty Media

Biden and the Democrats will place us all in grave danger in their quest for a new voting base.   By Greg Holt (TCP News)  In the...
Read more
FEATURED ARTICLES