‘American Sniper’: The Pathetic Hollywood Left And Leftists In General Attempting To Trash Chris Kyle As A ‘Killer’ 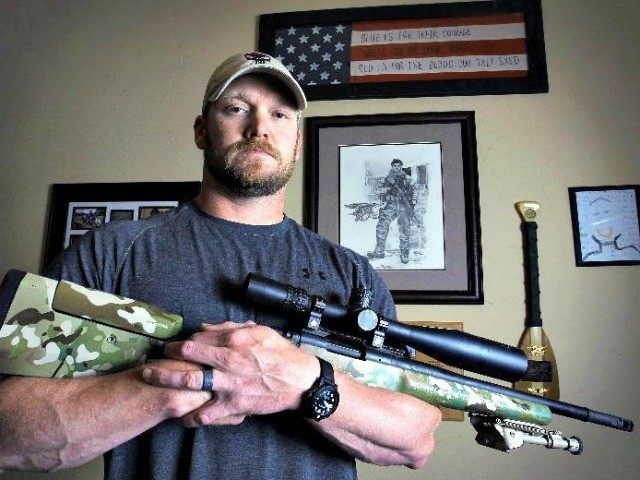 AP Photo
Because they are freaked out over what the critical and box office success ($105 million opening weekend) of “American Sniper” might mean for our culture and on Oscar night, the very same Hollywood Left (and Left in general) who poured their wicked hearts and souls into a campaign that would have resulted in the murder of millions of innocent Iraqis, are now falsely accusing American hero Chris Kyle of murdering Iraqis.

The Left’s freak out is for a very good reason: “American Sniper” is “The Passion of the Christ” of war movies — a true game changer.

After witnessing the film’s powerful brilliance, at first the Left responded by lying with the claim that “American Sniper” is in reality a piece of left-wing, anti-Iraq War propaganda. Despite the fact that it is glaringly obvious the opposite is true, very early on there was this push among some in the left-wing film community to claim “American Sniper” as one of its own.

When director Clint Eastwood’s pro-War on Terror masterpiece starting breaking box office records, it became obvious that that lie wasn’t going to survive the weekend. So now the push is on to defame the subject of the film, American war hero Chris Kyle, as a murderer.

The propaganda push isn’t subtle either. Left-wing filmmaker Michael Moore came right out and declared Kyle a coward. Seth Rogen compared Eastwood’s film to Nazi propaganda. The Wrap’s Steve Pond fired the biggest salvo yet with an extensive piece about a backlash brewing among left-wing Academy members. Apparently, they are all passing around a New Republic article that defames Kyle as a “killer.”

It should be noted that the author of the New Republic article, Dennis Jett, wrote his attack on “Sniper” before seeing the actual movie — and his ignorance shows.

Per The Wrap, the controversy apparently boils down to this: [emphasis added]

Over the weekend, multiple Academy members told TheWrap that they had been passing around a recent article by Dennis Jett in The New Republic that attacks the film for making a hero out of Kyle, who said: “The enemy are savages and despicably evil,” and his “only regret is that I didn’t kill more.” Kyle made the statements in his best-selling book, “American Sniper,” on which the film is based.

Let’s start with a fact heartbreaking to the Left: Not only is this fact not ignored in the film, it is the WHOLE POINT of the film.

Here’s a Pond quote where he gets slippery:

But Academy members seem to be paying attention to the criticism that Eastwood and star/producer Bradley Cooper shouldn’t be celebrating a man who wrote that killing hundreds of Iraqis was “fun.”

Note how Pond doesn’t use quotes around the word “Iraqis.” What he’s doing here is turning Kyle’s word “enemy” into the word “Iraqis” as a way to make it seem as though Kyle murdered civilians.

The money quote from the New Republic article is just as deceptive:

But anyone who has read Kyle’s autobiography of the same title knows that his bravado left no room for doubt. For him, the enemy are savages and despicably evil. His only regret is that he didn’t kill more. He laments that there were rules of engagement, or ROE, which he describes as being drafted by lawyers to protect generals from politicians. He argues instead for letting warriors loose to fight wars without their hands tied behind their backs. At another point, he boasts that the unofficial ROE were pretty simple: “If you see anyone from about sixteen to sixty-five and they’re male, shoot ‘em. Kill every male you see.”

This fact about killing every adult male you see is also in the film. Unlike The New Republic, though, Eastwood puts the quote in the correct context. Kyle is talking about no-go zones; areas that were officially evacuated. The legitimate strategy behind this was that only the enemy (evil savage terrorists) would remain in officially evacuated areas.

The lies of omission in this left-wing campaign are bad enough; what’s laughably outrageous is the Left pretending to care about the Iraqi people.

Here’s a juicy historical fact to chew on:

While Kyle was risking his life over four tours of duty to protect his country and innocent Iraqi civilians from evil, savage terrorists, the American Left, and most especially the Hollywood Left, were using every weapon at their disposal to ensure untold millions of innocent Iraqis were fed into a terrorist/death squad meat grinder.

The Left made no secret of this. At the height of the Iraq War, Democrats, the mainstream media, and Hollywood fought tooth and nail for America to pull prematurely out of Iraq. The very same people lying about Chris Kyle today are the very same people who demanded we abandon Iraq to the terrorists, and with it, 25 million innocent Iraqi civilians.

To further this evil and sinister goal, Left-wing Hollywood went so far as to build bombs for al Qaeda. Not actual bombs. Worse, these were box office bombs — movies, the ultimate propaganda tool. More than a billion dollars was spent on more than a dozen box office bombs that portrayed America, our military, and our troops as either no better than terrorists, or worse than terrorists.

All of these films were produced and released while our men and women were still fighting the war.

Had the Left won the day, the results of an American withdrawal would have resulted in a holocaust for the millions of Iraqi civilians who, just a few years before, had turned out in extraordinary numbers to vote for the self-determination awarded to them by the likes of Chris Kyle.

Moreover, everyone on the Left knew this outcome would result in a slaughter in Iraq unseen since the Killing Fields of Southeast Asia (that was also a direct result of Democrats choosing to lose a won war).

For the Left, a few million dead brown people was a small price to pay for being right about the folly of the Iraq War.

But now, as a way to defame an American hero, these inhuman, unfeeling Leftists are pretending otherwise.