FAMILY After 60 years, I Came to Really Know My Dad On November... 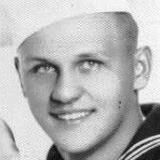 I know every guy’s Dad is special, and of course, I’ve known my Dad all my life and have always loved him.  Dad’s 85 and in a single day, at 60 years old,  I came to know he has qualities I have never really understood or appreciated.

I had always known he had been an All American football player in college 67 years ago.  It was part of family history, but of course before my time, so I can’t say I ever thought about that deeply or much considered the meaning of that achievement.  At the most difficult of times I was blessed to be given a deeper understanding of my Dad.  I finally met the football player of 67 years ago.  I saw inside the soul of a champion.

On May 11th Dad broke his right leg, which led to a titanium rod insertion.  The broken leg also led to an MRI, which led to suspicion of a tumor on June 7th, a brain biopsy on June 9th, which led to confirmation of a central nervous system lymphoma on June 17th, which led to 8 chemo treatments in June & July, which led to rehab August, September & October.  Follow up brain scans in late September had shown great success in tumor reduction from the chemo. He finally got home on Halloween. It was for a single day.

Renewed Symptoms and Return to Hospital

He was back in the hospital November 1st.  Symptoms aroused suspicions that despite the chemo’s apparent success the tumor had resumed its growth.  I flew up to Chicago from Florida as Dad began radiation treatments.  On the third day of radiation he experienced significant weakness, which doctors thought was an adverse reaction to the radiation.

There was, however, something else going on.  Dad’s a tough guy and through the last six months when asked how he felt, he would always say great, when it was obviously not true.  On the third day of radiation, just moving the sheet on the hospital bed caused a pained look on his face, and the source of pain was his left knee, which was beginning to swell.

2021 and the power and scope of revelation
January 16th, 2021 Liberty Unyielding

If The High Number Of Frontline Health Workers Rejecting The Vaccine Does Not Tell You The Truth Of The Matter, Nothing Will!
January 16th, 2021 Sons of Liberty Media

There is only ONE thing that is NOT ALLOWED on the Superhighway, and that is God.   By Rob Pue, Publisher - Wisconsin Christian News (TCP News) My...
Read more