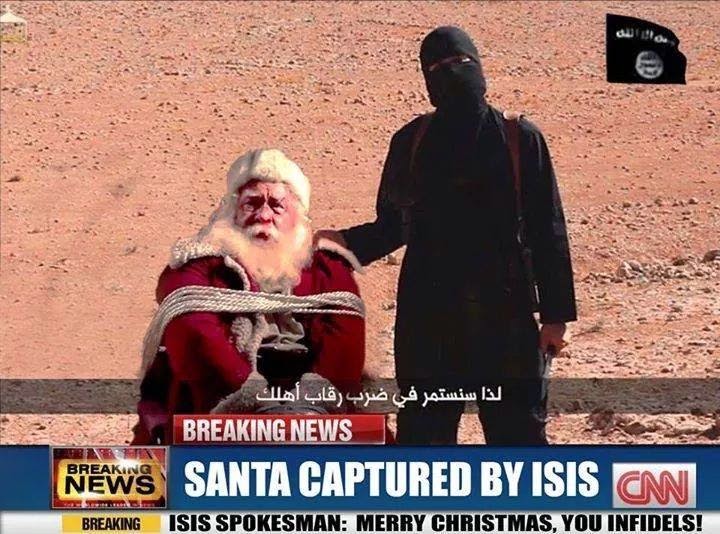 A Somali Muslim attempted to bring terrorism into the United States by bombing a Christmas tree lighting ceremony in Portland in 2010. Mohamed Osman Mohamud (twice the Mohammed for twice the mayhem) had a simple goal, “I want whoever is attending that event to leave, to leave dead or injured.”

Mohamed Mohamud was just following up on the work of Christmas Day flight bomber Umar Farouk Abdulmutallab over from Nigeria who stuffed his underwear full of plastic explosives and tried to detonate it on Flight 253.

Meanwhile this year we’ve been tried to race riots in which Muslim organizers have played a leading role and two attacks on New York police officers carried out by Black Muslims. The last attack by Ismayil Abdullah Brinsley robbed two families of a Christmas holiday together.

Over in France, a Muslim rammed his car into a Christmas market while shouting Allahu Akbar, which translates roughly to my Allah is greater than your god. His attack was one of two Car Jihads in France, which has one of the largest Muslim populations in Europe, in a matter of days. And one of three Muslim terror attacks overall.

Meanwhile in Australia, the flag of Jihad was held up by hostages over a window engraving reading “Merry Christmas” in a terror attack that ended up costing two lives.

The Muslim massacres of Christians in the West a may be happening at a slower pace than in Iraq, but they are happening nonetheless leading to a season in which holiday shopping now comes with massacre plots mixed in with the radio jingles and cheer.

If gift wrapping and church going are Christmas traditions, carrying out massacres during other people’s holiday celebrations is a Muslim tradition.

In Israel, holidays are a time for extra special caution. The Passover massacre in which dozens of senior citizens attending a holiday meal were murdered, the Yom Kippur War in which Muslim armies invaded Israel on the holiest day of its year or the Purim bombing outside a Tel Aviv mall using a nail bomb, are just some  examples of Muslim religious tolerance at work. 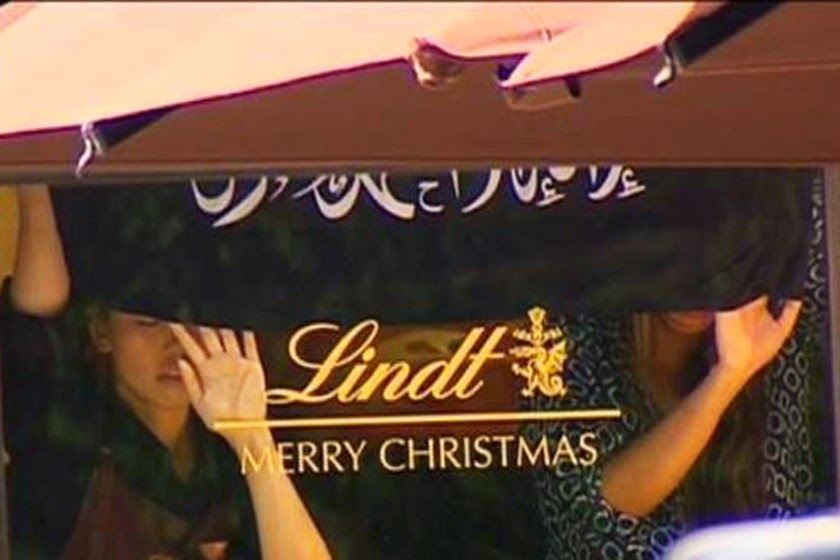 It’s not limited to Jews or Christians either.

In 2008, a number of bombs went off in Delhi just before Diwali. And back in 1991, Muslims planned to massacre thousands of Hindus during Diwali.

Had they succeeded, the death toll might have been bigger than 9/11.

For Muslims this has always been religious war. And what better target for terror, than an infidel’s religious event?

The clergy at interfaith conferences may yammer on about how we’re all the children of god, but Muslims know better. They are the slaves of Allah and we are heretics and idol worshipers. It’s their duty to fight us, until we submit and accept Muslim rule.

The more we resist, the more they’re obligated to kill us until we give in and there’s a mosque on every corner and the Koran replaces the Constitution. It’s a religious duty for a Muslim to make the Way of Allah triumphant all across the globe.

To Muslims, this is a sacred duty and a way of life, that is not a detail, but the heart of the Koran.

The Islamic holy texts are dominated by a single categorical imperative, to expand, dominate and rule. For the Muslim, life is complicated, but Islam is simple. And even the most secular and westernized Muslim will sooner or later feel an imperative to escape from the complications of modern life, into the pure simplicity of Islam at a cafe or an airline flight. The media charges that such escapees misunderstand Islam, but in actuality they understand it quite well.

Multiculturalism is one thing. But that’s not what we have here. It’s not living side by side with chicken noodle soup and tandoori restaurants. Or stacking churches, synagogues, ashrams and Shinto shrines on every block. Because while the political and cultural elite of the West may subscribe to multiculturalism, its Muslim imports subscribe to only one law. The law of Islam.

They may lapse at times. They may get through a university education, attend nightclubs, listen to the same music all the other kids their age do– but there’s still a ticking time bomb inside their heads. And that bomb is the same one that appears as the lit fuse on the turban of the cartoon Mohammad.

The bomb is Islam. And when it’s lit, the result is mass murder.

It is an uncomfortable thing to think about. We who pride ourselves on our tolerance and slap ourselves on the back for our open-mindedness do not like to think that our civilization is an illusion, a parquet floor built over the roaring fire of barbarism underneath.

But it was not so long ago, in the space of years, that our ancestors would have thought no more of killing people because they were different, than we would think of swatting a fly. The difference between us and the Muslim world is that we have changed. They have not.

And much as we may befriend them, the thought of killing us can never be entirely wrong to them. After enough time spent together, we might rank above flies to them, but well below full-fledged and fellow humans. And when they need answers, they turn to a book whose verses promise salvation to anyone who kills us.

It is important to think of these things, because our lives and the survival of our civilization are at stake. We have begun to learn what it is like to live with terror. But we have not learned all of it by far.

Terror haunted Christmas tree lighting celebrations are the beginning, but not the end of it. This is not a bridge we can cross with some multicultural cuisine and a PBS special.

It requires that we understand what we have done. We have imported people from a culture and religion that has never accepted the most basic premise of our way of life. Coexistence. And so we cannot coexist with them. And they cannot coexist with us. After a few years or decades of baffled attempts to adjust to a foreign way of life, they will either wall themselves off or make war on us. Or both at the same time. They cannot be our neighbors, only our enemies.

The sooner we realize that, the less we’ll have to read about terror attacks at Christmas.

The presiding officer over the electoral vote count, the President of the Senate, is largely a figurehead.   By Greg Holt (TCP News) I recently wrote an...
Read more