BODY OF CHRIST The Story of "Silent Night"

The Story of “Silent Night” 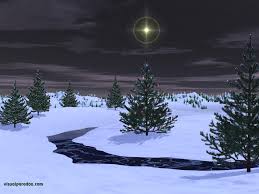 The beautiful and much-loved Christmas carol, “Silent Night”, has a very interesting story behind it….I thought you might enjoy hearing how this most famous carol came to be written!

The year was 1818 and a roving band of actors was traveling through the Austrian Alps performing their re-enactment of the story of Christ’s birth in towns all over the area. On December 23 they arrived at Oberndorf, a village near Salzburg, where they were scheduled to perform that evening in the small Church of St. Nicholas.

Unfortunately, the church organ was broken and unable to be repaired until after Christmas. Undeterred, the acting company simply moved their Christmas drama to a private home. In attendance that evening was assistant priest of the church, Josef Mohr. The beautiful presentation put him in a meditative mood, and instead of walking straight home that night, he took a longer route which included a quiet path up a hill overlooking the village below. As he looked down from the hilltop on the peaceful, snow-covered village, he reveled in the majestic silence of the wintry night and, gazing upon the picturesque winter scene, remembered a poem he had written a couple of years before about the night the angels announced the birth of the long-awaited Messiah to shepherds on another hillside far away in Judea.

Mohr, who was very determined to introduce music in the mother tongue of the Austrian and German people, instead of insisting they sing songs and hear sermons in Latin which was not understood by anyone, decided that the words he had written might make a good simple carol for his congregation the following evening at their Christmas eve service. The only problem was he had no music to which the poem could be sung! So the next day Father Mohr went to see the church organist, Franz Gruber. The organist had only a few hours to compose a melody for Mohr’s poem, and due to the fact the organ was inoperable, he had to come up with an extremely simple melody and chord pattern that could be sung with a guitar! Gruber managed to do just that, and by the time of the Christmas eve service, he had composed a simple but beautiful musical setting for the poem, one which could easily be sung by the common people and whose accompaniment could be strummed on the guitar. They had just introduced a Christmas carol that could be sung without an organ!

On that Christmas Eve in 1818, the congregation heard for the very first time the beautiful carol, “Silent Night”, sung by Gruber and Mohr, who also accompanied them on his guitar!

Weeks later, when the organ builder Karl Mauracher arrived to repair the organ, he heard Gruber play his composition as he tested out the newly refurbished instrument. Deeply impressed by the beautiful, melodious carol, Mauracher took copies of the music and words to “Silent Night” back to his own Alpine village of Kapfing. Two well-known singing families, the Rainers and the Strassers, heard and were captivated by the beautiful new song, putting it into their Christmas season repertoires.

The Strasser sisters spread the carol across northern Europe. In 1834, after they performed it for King Frederick William IV of Prussia, he ordered his cathedral choir to sing it every Christmas eve! Twenty years after it was written, the Rainers brought “Silent Night” to the United States, singing it (in German) at the Alexander Hamilton Monument located outside of New York City’s Trinity Church. Josef Mohr and Franz Gruber had maintained their church work in relative obscurity through the years. It was not until people began asking years later, as its popularity at Christmas increased, “Who wrote this beautiful song?” that Gruber’s son spoke up and said, “I know the story of this song!” and produced a copy of it after his father’s death. Josef Moore died of complications from tuberculosis when he was not quite 56 years old, and is buried in the courtyard of a school he started in a small town in Austria during his priesthood. Neither man ever knew the worldwide scope of the song they had penned that Christmas Eve in a small town in the mountains of Austria!

In 1863, “Silent Night” was translated into English from the original German, and today the words of “Silent Night” are sung in more than 300 different languages around the world! It has been recorded musically by over 740 artists all over the world, making it the most recorded song of all time!

Did God in His sovereignty allow a simple church organ to “break down” and be out of commission at a most important time so that someone would compose a simple song, one that ordinarily would not be thought of as nearly complex enough for the traditional organ masterpieces of the day, that would be sung around the world as a best-loved rendition of His birth? Did God anoint two men who were moved by the events recorded in Matthew and Luke to compose perhaps the most famous of the carols that are sung all over the world to this day? I believe He did! I am thankful that they were obedient to the Holy Spirit’s prompting to pen the words and music that will go down in history as one of the greatest songs ever written:

May we remember the true meaning of the season as we celebrate His birth! Be blessed as you worship Christ the newborn King and, if you have not done so, why not allow Him to enter your life today as your Lord and Savior! I wish you all a Blessed Christmas and wonderful New Year filled with the wonders of His Love!