We are in the land of pompous pride, somewhere between the footprints on the moon and the Darwinian delusion; Americans have slid into the imaginary land of self-indulgent intellectual pride.

Scientists and cosmologists are the new priests and prophets of the pompous, promising a technological breakthrough that will leave us all breathless, even if the only titillation so far is some new handheld devices and cellphones.

Still fighting cancer, trembling at the oncoming of Ebola and standing starkly speechless at the gross and dehumanizing antics of the newly emerging group of the world’s latest Muslim fanatics we call ISIS or ISIL or anything they want us to – except Islam – according to President Obama.

We wait patiently for the mid-terms and the big change in 2016 when Obama will be escorted from the White House by the transition team of those readying for a new leader set to try his hand at the presidency. Remaining will be those who wonder why our constitution busting president was not escorted to jail long ago.

A shift to conservatism and a return to law may save some things, but many now question whether it’s too little and too late. Is the damage too great, has the corner been turned?

We are busy urging conservatives to build bridges to reach the millennials without noticing that we are burning our bridges to God. Being a respecter of persons, (Ac 10: 34) also known as cowardly compromise is still disdained by God even in this day. Selling our heritage to one or to thousands is abhorrent in his eyes.

Oddly, this generation has not noticed that millennials are more apt to see us as inconsistent cop outs that have abandoned and betrayed their own heritage, rather than being true friends of the great utopian promise of tomorrow.

Every generation happily reaches for stars with new ideas and directions, but when the dream ends; when the realities come home to roost and they want to return to the foundations, what will they do, if they find we have forsaken our roots for the progressive dream of fools.

For one full generation we have built on the Darwinian cornerstone, set the mark for the top in the skies or the stars themselves and called the existentialists’ and philosophically progressive thinkers to help us build, brick by brick, our own spiritual, moral and politically correct Tower of Babel.

We have written walking papers and handed them to the Christians which indirectly are a demand for God to take a hike. The pompous have given God the boot as if he was an intruder, a second class citizen, and trouble maker from a land we know nothing about. He is the Yankee carpet bagger in the Deep South, the foreigner we can hardly understand and the usurper who has no right to tell us how to live.

Gungor of “Dry Bones” and “Beautiful Things” says God’s Son prevaricated about Adam and Eve and thus has reduced the one who declared that he was the very incarnation of truth (Jn 14: 6) as a full blown liar.

In Maywood Illinois firefighters have been suspended for displaying American flag stickers on their lockers while in in Arizona a Democratic Congresswoman flew the Mexican flag in a parade.

Barack Obama has ignored or defied the Constitution so many times, that it seems to some, that he isn’t even aware that we have a constitution. He has no time to keep up to par on the constitution, but he only has time to keep under par at the golf course.

We are not well equipped and experienced spelunkers, but children who are haplessly wandering into the dark caverns of unbridled sensuality and perversion. Before we can display the collections and specimens of our explorations, we are bedraggled, beaten and fearful of the ancient dark meanderings of one who went into the deep caves of Medina and emerged with a vision of death, subjugation and slavery.

But, all of this – is just the beginning.

The audacity of pushing God from all of our national life, private or public is the height of foolishness and pride. In fact, asking God to leave or to be un-heard, un-seen and un-heeded is for all practical purposes – an invitation.

When our efforts to show God the door reach critical mass, he may accommodate us, but the vacuum it leaves behind will quickly be filled. If we have our way he will send another to fill the void. He is called Apollyon which is the destroyer or the waster of nations. (Isa 14: 12 HCSB)

We are inviting the destroyer who will neither convene with Washington nor consult with the leaders of any nation – he will destroy by all means at his disposal.

The list of means by which he chastises is enormous. Economic, scarcity, fire, extreme weather, earthquakes, encroachment by our enemies, terrorism and many more are available to him without reservation or limitation.

The only single presumption greater than the error of thinking we are beyond the reach of the great laws of reciprocation (Ga 6: 7) is the idea that God will not allow our adversary to accept our invitation to – have his way.

We still slaughter nearly 4,000 unborn precious human beings every day, but we shudder at the portent of the latest beheadings by the Muslims. Hypocrisy and contradiction are parading in all their absurdity and incongruity before the circumspect that are left among us.

We struggled to leave the old world and its tyrannies and oppressive rulers behind. Freeing ourselves of the demons and of all that was wrong with the past, washed clean, starting fresh, principled, led by fathers and the faithful with vison and verity. Only a mere 200 years or so later, we are approaching the rocks and shoals of the stormy waters that sunk all the ships before us.

We see the gleaming beacons of the Bible, the Constitution, and the guidance of the founders as twinkling lights along the shore, a distraction, a distant flickering from the past to punctuate the mirth and indifference to which we have grown accustomed.

We are no longer the plucky pilgrims and pioneers of yesteryear, but the partying participants of a cruise liner, aloof and preoccupied with the be-tinseled and coruscated sparkles of the moment.

Beware the vacuum we leave when we push our very guide – away from our nation, to wit:

“When the unclean spirit is gone out of a man, he walketh through dry places, seeking rest, and findeth none. Then he saith, I will return into my house from whence I came out; and when he is come, he findeth it empty, swept, and garnished. Then goeth he, and taketh with himself seven other spirits more wicked than himself, and they enter in and dwell there: and the last state of that man is worse than the first. Even so shall it be also unto this wicked generation.” Mt 12: 43-45 KJV) 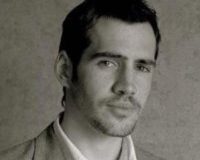