After continued harassment by authorities, family members of imprisoned Pastor Zhang Shaojie were evacuated out of China and are now in the United States. Underground measures were taken by activists, to aid his daughter, son-in-law and granddaughter to secretly leave the country, reports China Aid.

Zhang, the pastor of Nanle County Christian Church in the central province of Henan, was sentenced to 12 years in prison on charges of fraud and gathering crowds to disturb public order.

The pastor was detained last November along with 23 other church members after a dispute with local Communist Party officials who they claimed were trying to seize the land on which their place of worship was built, activists say.

Zhang’s popularity prompted other Christians to rally around him and raise their voices to defend religious freedom. Many see the pastor’s treatment as an indication of the Communist Party’s continued and growing hostility towards their church.

Journalists from Britain’s Sky News were attacked and expelled from an area near the court by government officials as they were interviewing Zhang’s daughter and trying to report on the church’s plight last December.

A group surrounded the lawyers, began beating them and yanked their cellphones away. They similarly surrounded and beat the British reporters, even managing to take the crews camera, reported a Sky News correspondant.

Caring Christians had risked their own safety to bring food to the lawyers and journalists who had been detained by authorities.

Attorney’s went to the Nanle County Procuratorate to accuse the local police of nonfeasance and illegally disturbing and sabotaging the lawyers right to practice law.

Zhang’s elderly parents have been threatened and his daughter’s car was confiscated by police. In their efforts to confiscate the Church land, government agencies petitioned the court asking for added time to Zhang’s sentence.

In June, the Chinese security officials blocked the family from leaving the country at Beijing’s airport citing “a national security risk”.

In April, his daughter tried to submit a visa application at the U.S. Embassy in Beijing, she was thrown out. However, following her father’s prison sentence on fabricated charges, they were given advance parole authorization by the U.S. Citizenship and Immigration Services.

China Aid relayed that US authorities authorized the family to enter the country for one year and decide whether to apply for asylum on the grounds of religious freedom.

“Our family and our church want to thank the US government and many anonymous church leaders in different parts of the world for helping assist our family’s hard fought freedom,” Zhang Huixin was quoted as saying in an e-mail.

“Our family comes here to raise awareness of the deteriorating situation of religious freedom in Nanle and in China,” said the pastor’s daughter, Zhang Shanshan.

The First Baptist Church of Midland, (Texas) with more than 6,000 members, will provide support for the family’s settlement.

“Our Texas and Midland community warmly welcome this suffering, persecuted family into the United States for freedom,” Fu of China Aid and Pastor Randel Everett, senior pastor of the First Baptist Church, said in a joint statement. “We will continue to pray and fight for religious freedom for the faithful like Pastor Zhang Shaojie. We will not rest until all prisoners of conscience, like Pastor Zhang and attorney Gao Zhisheng, get release from China.” 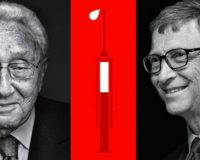