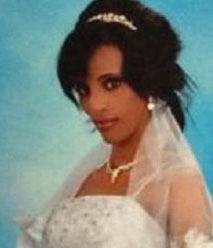 More than 40 security agents reportedly detained her along with her husband, Daniel Wani, 22-month-old son and newborn daughter.

“She has no proper documents to travel, but NISS did not officially disclose the reason for detaining her,” her attorney told Morning Star News. “They were arrested today at Khartoum International Airport as they were about to board the aircraft.”

Experts suspected elements within NISS objected to her release and that there was disagreement within the government about her case. A Sudanese foreign affairs official told the BBC she would be freed “soon.” She has been denied access to her legal team.

Though Sudanese, Ibrahim was using emergency South Sudanese papers with a U.S. visa to travel, the official told BBC. Her husband, a South Sudan national, also has U.S. citizenship.

Ibrahim was released from prison in Sudan on Monday (June 23), less than two months after Morning Star News broke the story of false charges of apostasy against her that set off a firestorm of international protests.

Ibrahim, who gave birth to her second child in prison on May 27, had received a sentence of death by hanging for allegedly leaving Islam after a Muslim claiming to be a relative accused her of  marrying a Christian man – the crime of “adultery” under Islamic law for which she was also sentenced to 100 lashes.

One of her attorneys, whose name is withheld for security reasons, confirmed that she was released at 2 p.m. yesterday.

“The court has served us with a letter stating that she is now free of charges,” he told Morning Star News. “Thank you for your work on the case. We knew we were going to win the case.”

Sudan’s state news agency reported that the country’s Court of Cassation canceled the death sentence against the 27-year-old Christian, who has been in prison with her toddler son since February, after defense lawyers presented their case. Witnesses for the defense had been prohibited from testifying during the trial.

Human rights advocates said Sudan must ensure protection for Ibrahim and her family, as Islamists have clamored for her death throughout the trial. She will likely seek asylum in another country on grounds of religious persecution. Her husband, South Sudanese national Daniel Wani, has U.S. citizenship.

Ibrahim has maintained that her Sudanese father was Muslim but disappeared when she was 6, and that she was raised a Christian by her Ethiopian Orthodox mother. Having never been a Muslim, she could not be guilty of apostasy, she testified.

A woman claiming to be Ibrahim’s mother and a man who claimed to be her brother attended court hearings, according to Middle East Concern (MEC).

“However, Meriam did not recognize either of them, and they contradicted each other concerning Meriam’s father and could not answer simple questions relating to Meriam’s upbringing, leaving their claims and statements open to question,” according to MEC.

International media, Western embassies and human rights groups urged her release when Ibrahim’s death sentence was confirmed after she refused to recant her faith on May 15. Among those advocating for her release was Christian Solidarity Worldwide, whose chief executive, Mervyn Thomas, released a statement asserting that Sudan must now protect her from Islamist vigilantes.

“We are delighted to hear that Mrs. Ibrahim and her children have been released into the care of her husband and that the unjust, inhumane and unwarranted sentences have been annulled,” Thomas said. “However, we remain appalled by the threats and hate speech that has been aired seemingly unhindered against Mrs. Ibrahim and her lawyers and urge the international community to hold the Sudanese authorities to account for her safety and that of her lawyers.”

Another woman raised as a Christian and falsely accused of apostasy in Sudan has been released after she recanted when threatened with the death sentence last month, sources told Morning Star News. Authorities had detained Faiza Abdalla, 37, in the town of El Gadarif on Sudan’s eastern border with Ethiopia, on April 2 as she was trying to obtain her identification number at an official building.

Immigration/Citizenship police questioned her about her religion and arrested her on suspicion of leaving Islam. She is the mother of eight children.

The current officer who killed Babbitt is being protected. The former officer who mistakenly killed Wright is being prosecuted   By Jeff Crouere (TCP News)  On January...
Read more
BIBLICAL ANSWERS

Why isn't the public being informed about how dangerous the vaccines are and the many resulting deaths?   By Bradlee Dean “Four scathing federal studies, including two...
Read more