Updates On The CAR conflict: Chadian troops kill at least 24 in Bangui 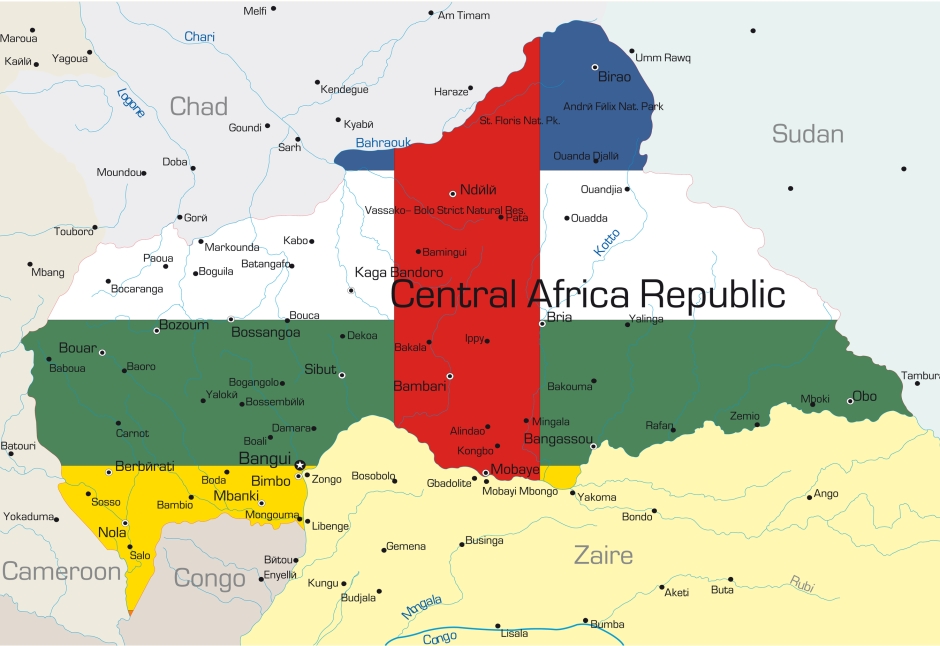 There is so much violence in the CAR, Nigeria, Sudan, and Somalia. Staggering chaos and many, many unanswered questions.  The MSM reports that Chadian Troops have killed 24 people, mainly Christians when they attacked neighborhoods in Bangui 2 days ago.  Reports from BBC indicate that the Chadian troops were attacked by the ‘Christian Militia.’  BBC also say’s that Chadian forces have been accused of supporting muslim rebels. (more) What is puzzling is that the Chadian troops are not part of the African Union Peacekeeping force.  So why are militaries, and militia’s allowed to wreak havoc here?  Why has the government, strengthened by the French army, the UN and African Peace keeping forces not been able to bring about calm? 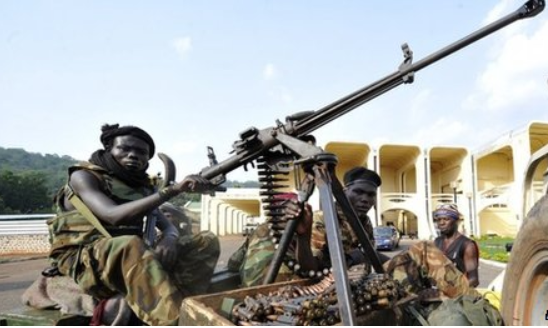 The African Peace keepers are defending the Chadian Troops, stating that they came under attack from ‘Christian Militias’.  There are very deep feelings from the area about the Chadian troops. (More) Chad has been accused of meddling in the conflict, helping to overthrow the government last year.  The new government lead by the Central African Republic’s first female president Catherine Samba-Panza, has been embroiled in it’s own controversy.  At her first speech to the nation, she re-introduced the military, and minutes after she left, the new Army beat a man to death and drug him through the streets.  (Read here)

Chad and Libya has had their share of back and forth, but remember Chad in the beginning was backing Gadaffi. And he even had Chadian forces defending him.  We all know about the French, Nato, and Gadaffi, with reported hints of arms trafficking into Libya and the Benghazi incident, where Ambassador Stevens and others were killed.  Here is a quote from International Crises Group from 2011 titled ‘Africa without Qaddafi:  The Case of Chad:

“When the crisis began, Déby tried to defend Qaddafi’s legitimacy by accusing the rebels of colluding with Islamists. Though his government denied it was providing any military support, the presence of Chadian fighters in Libya among Qaddafi’s troops stripped his statements of weight.” (More)

Despite sincere efforts of the media portraying this as a religious war, this is most likely not the case.  Religious leaders have been speaking out regularly stating it’s a political conflict not religious.  And it’s Christian and Muslim leaders. This map may show why this conflict continues to rage.  Take note of the oil pipelines. 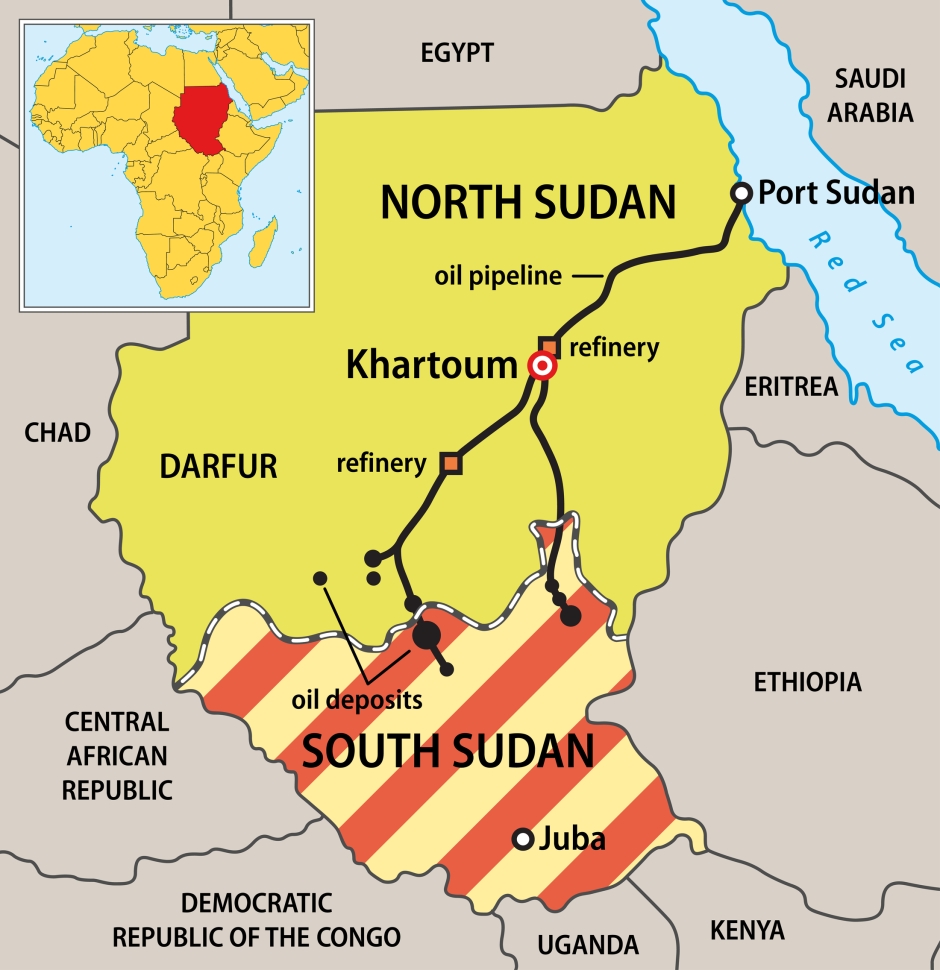 The Christians and the Muslims have lived side by side here for years without incident.  We have just reported recently that it’s been found that so-called Christians are fighting with the Seleka (muslim rebels) and the Muslim rebels are fighting with these so-called Christians. The Anti-balaka raise many red flags, such as who is training them?  And the big question—where is the ‘Lord’s Resistance Army’? We know they are in the area.  And not much has been said about them lately.  We also found that the practices of the Anti-balaka closely resemble the practices of the ‘Lord’s Resistance Army.’  They wrongfully call themselves, Christian Militia.  Their actions and rituals are far from Christianity.

Religious leaders from both sides recently met in the West begging us not to forget them.  But it appears we have done just that.

The refugee camps which many are fleeing to, are rife with rebels hiding as refugees.  These camps are hot beds for kidnapping, rape, torture and arms trafficking.  So why can’t the government gain control?  Not surprising, these arms shipments are making their way north to the Boko Haram in Nigeria.  With some caches recently found and seized by the Cameroon military near the Nigerian border. 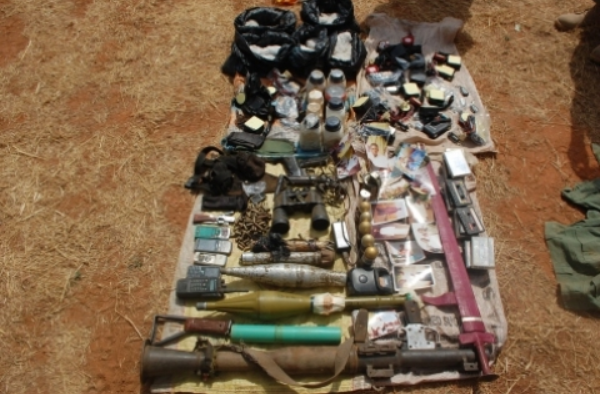 The Boko Haram are a vicious, radical Islamist sect who kill anything that move in their attacks. And they have become more embolden in recent months. Is there a connection?

According to the UNHCR:  Over 400,000 people are estimated to be internally displaced, compared to some 94,000 in early 2012. Some 65,000 individuals have fled to the Democratic Republic of Congo (DRC), the Republic of the Congo, Chad and Cameroon, bringing the global number of Central African refugees close to 220,000.

Euro news:  Thousands have died since the mostly Muslim Seleka rebels seized power a year ago and launched a campaign of terror.

Nigeria, Boko Haram:  The group is known for attacking Christians and government targets, bombing churches, attacking schools and police stations, kidnapping western tourists, but has also assassinated members of the Islamic establishment. Violence linked to the Boko Haram insurgency has resulted in an estimated 10,000 deaths between 2002 and 2013.  The conflicts have left around 90,000 people displaced. Human Rights Watch claims that Boko Haram uses child soldiers, including 12 year olds.

The statistics are very hard to obtain for these areas, I can tell you in 2014 the violence and death’s have increased to the point of Genocide.  The amount of people displaced has exponentially increased.  Please don’t let the horrors these people face go unnoticed or forgotten.  Speak out, and pray.  Pray for calm, pray for peace, pray for comfort, strength, and protection.  So many innocent people and children are suffering beyond imagination.

This is an ongoing conflict, and we will update as we get new information.

VOICE OF THE PERSECUTED

There is only ONE thing that is NOT ALLOWED on the Superhighway, and that is God.   By Rob Pue, Publisher - Wisconsin Christian News (TCP News) My...
Read more
ABORTION

Abortion and the Georgia Runoffs

Warnock claims to be a “pro-choice pastor,” and claims he will “always fight for reproductive justice.”   By Jerry Newcombe, D.Min. (TCP News) It is no exaggeration...
Read more