My Comment:  This is unconscionable! Incomprehensible, Horrendous and plain evil.  I don’t care how you justify this it’s unadulterated evil.  ‘Thou Shall Not Kill’ should stop everyone in their tracks, but this should send chills down the spine of everyone secular or religious.  God will not remain silent.  And he said, What hast thou done? the voice of thy brother’s blood crieth unto me from the ground. (Genesis 4:19)

(Life News) Fetal tissue harvesting and experimentation on aborted babies are logical outgrowths of the pro-choice position. After all, if unborn babies are mere “tissue,” then there is no need to respect their remains.

But some proposals of what to do with those remains are truly bizarre – and deeply disturbing.

In an article titled “Transplantation of Aborted Fetal Ova: a Short Analysis” that was published in The Wanderer on August 4, 1994, author Lawrence Roberges described grisly experiments done by Dr. Robert Gosden of Edinburgh University. Dr. Gosden proposed harvesting the egg cells from the bodies of female aborted babies and using them for in vitro fertilization, as well as implanting ovarian tissue from aborted babies into the ovaries infertile women. 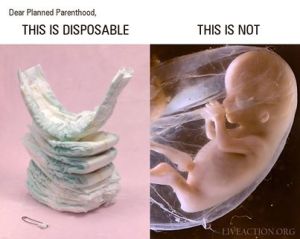