The regime of US President Barack Obama has decided to withdraw its initial pick of Robert Ford for US ambassador to Egypt after the country’s military-backed government indicated the White House’s pick will not be welcomed because of his ties to al-Qaeda-linked militants fighting the Syrian government.

PressTV  In an exclusive report published on Monday, Foreign Policy’s The Cable said the White House has decided to keep Robert Ford in his current position as the US ambassador to Damascus, Syria. “He’s absolutely the wrong person for this job,” an unnamed Arab diplomat familiar with the case told The Cable.

Last week, Washington said that a meeting between al-Qaeda-linked insurgent groups fighting against the Syrian government and US officials was possible. White House officials confirmed that Ford was not welcomed by Egyptian officials but also said the diplomat’s ties to Syrian militants were so important for Washington that it will keep him in the Arab country.

“The president, and the Secretary [of State], and the entire administration have enormous respect for the job he has done on Syria — here in Washington and in Damascus — and they feel it’s vital for him to keep working on this issue,” a senior US State Department official told The Cable.

The US State Department said US officials might enter negotiations with the al-Qaeda-linked group Islamic Front discussing, among other things, the return of the US supplies the militants seized from another rival group, the so-called Free Syrian Army, earlier this month.

However, according to The Cable, the insurgents have yet refused to meet with Ford, and he might lose the position of the US ambassador to Egypt over a meeting that has not yet materialized.

Below is one of the most popular signs seen among anti-Morsi/Muslim Brotherhood protesters in Cairo.

An oasis in a world of fake news 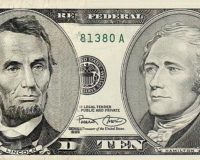 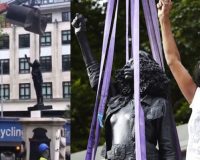