Exposed: The Muslim Brotherhood and Al Qaeda Working Together 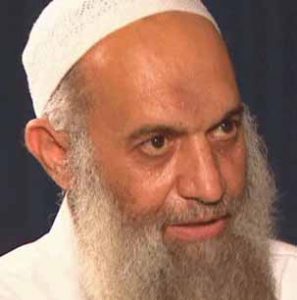 (Morning Star News) – As former Egyptian President Mohamed Morsi’s trials continue, it’s enlightening to consider what is likely to be one of the centerpieces: longstanding accusations that Morsi and his Muslim Brotherhood party worked with foreign terrorist organizations, including Al Qaeda, against the national security of Egypt.

Based on these accusations of high treason, Morsi and others could face the death penalty.

Concerning some of the more severe allegations, one of Egypt’s most widely distributed and read newspapers, Al Watan, recently published what it said were recorded conversations between Morsi and Muhammad Zawahiri, Al Qaeda leader Ayman Zawahiri’s brother.

In these reports, Watan repeatedly asserts that Egyptian security and intelligence agencies confirmed (or perhaps leaked out) the recordings.

Much of the substance of the alleged conversations is further corroborated by events that occurred during Morsi’s one-year-rule, most of which were reported by a variety of Arabic media outlets, though not by Western media.

In what follows, I relay, summarize, and translate some of the more significant portions of the Watan reports (verbatim statements are in quotation marks). In between, I comment on various anecdotes and events – many of which were first broken on my website – that now, in light of these phone conversations, make perfect sense and independently help confirm the authenticity of the recordings.

The first recorded call between Muhammad Morsi and Muhammad Zawahiri lasted for 59 seconds. Morsi congratulated Zawahiri on his release from prison, where he had been incarcerated for jihadi/terrorist activities against Egypt, and assured him that he would not be followed or observed by any Egyptian authorities, and that he, Morsi, was planning on meeting with him soon. Prior to this first call, Refa’ al-Tahtawy, then Chief of Staff, mediated and arranged matters.

The presidential palace continued to communicate regularly with Muhammad Zawahiri, and sources confirm that he was the link between the Egyptian presidency and his brother, Ayman Zawahiri, the Egyptian-born leader of Al Qaeda.

It should be noted that, once released, the previously little-known Muhammad Zawahiri did become very visible and vocal in Egypt, at times spearheading the Islamist movement.

The next recording between Morsi and Zawahiri lasted for two minutes and 56 seconds and took place one month after Morsi became president. Morsi informed Zawahiri that the Muslim Brotherhood supports the mujahidin (jihadis) and that the mujahidin should support the Brotherhood in order for them both, and the Islamist agenda, to prevail in Egypt.

Previous: Maching Gun Preacher Raided By FBI
Next: Islamic Security Threat: US May Allow 1000’s of Syrians To Resettle In America

Watch As Mother Of Pro Trump Boss Who Was Killed By Employee Speaks Out In New Report
January 25th, 2020 Right Wing Tribune