MIDDLE EAST Reports of Horrific Torture of Children in Syria

Reports of Horrific Torture of Children in Syria

There have been very disturbing images and reports coming out of Syria the last few days.  The UN is said to be turning a report over to the UN Security Council soon.  This report details horrific abuses such as beatings with cables, cigarette burns, electric shocks including to the genitals, the tearing out of fingernails and toenails,  rape, mock executions and sleep depravation. The world went on a rampage about the same unspeakable horrors in the Iraq war when the torture was revealed.  In Syria’s case, the world remains nearly silent.  Only recently have these reports hit the Main Stream Media, with any impact.  And I fear many ignore the inhumane treatment, even of the most vulnerable—the children.

The NY Times reported that children as young as 11 years old were held in government detention centers along side the adults, and these children were tortured in order to coerce relatives into surrender or confession.  They report that Syrian Intelligence services took part in this, with those suspected of involvement with the rebels.  Reports claim more than 10,000 children have been subjected.

This appalling, heart stopping, gruesome behavior is beyond unacceptable and should raise the hackles of everyone in the world, not just those the West.  Throughout this three-year long civil war, we have been witness to both sides of the fence and the hair raising murders, beheadings, torture and rape.  The forces driving this conflict is nothing less than vile, immoral and wicked.

The stories are few and far between, with evidence surfacing for crimes against both sides.  The rebel fighters are coming from all over the middle east, with terrorist groups like Al-Nusra, the Islamic State of Iraq and the Levant (ISIS)  all with connections to Al-queda. 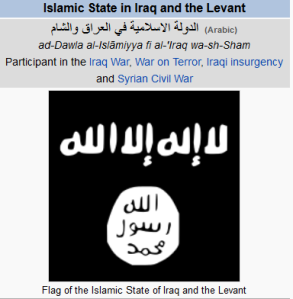 The government denies the claims. They accuse the rebels, it’s a vicious cycle.  The report by the NY times says that investigators were able to cite instances of abuse and executions of children.  They are quoted as saying :   “It received two reports from Hasakah Province, in northeast Syria: a 16-year-old boy fatally shot last April by the Nusra Front, which is aligned with Al Qaeda, and a 14-year-old boy killed by a Kurdish group.”  There are reports that rebels have been recruiting child soldiers since the beginning, complete with videos and images, yet they deny the accusations.  The US say’s that they vet all recipients of aid and they say the supported rebels are committed to uphold international standards for human rights. Yet videos like this one, are surfacing daily.
[youtube http://www.youtube.com/watch?v=Y-YzZo6cYY4?rel=0]
According to reports, Assad has missed the deadline for destroying chemical weapons, and Iran has gained power in recent day’s. With an analytical view, a few questions must be answered. Why now? Why not when reports started surfacing, why have they waited so long to put an end to the suffering of the innocent? Is this being exploited to garner support for an attack? Why has the UN Security council, and other agencies remained virtually silent on this? What demands are the rebels making other than Assad’s removal? What is it that they want?

We are seeing a growing terrorism threat and a regional spillover from the conflict in Syria. Expectations are low since recent failed talks in Geneva. The Obama administration’s view of the conflict seems to be changing. Statements from CIA Director John Brennan and National Intelligence Director James Clapper this past week before the U.S. House of Representatives Intelligence Committee, address some of the issues recently under review.

“Syria presents a number of challenges to U.S. national security interests in terms of the potential spillover of the fighting inside of Syria to neighboring countries, but also, and increasingly so, concerns on the terrorism front,” Brennan told lawmakers.

“We are concerned about the use of Syrian territory by the al-Qaida organization to recruit individuals and develop the capability to be able not just to carry out attacks inside of Syria, but also to use Syria as a launching pad,” he said.

Clapper said the biggest threat stems from “the 7,500 or so foreign fighters from some 50 countries who have gravitated to Syria. Among them are a small group of Af-Pak al-Qaida veterans who have aspirations for external attack, in Europe if not the homeland.”

Homeland Security Secretary Jeh Johnson on Friday said Westerners heading to fight in Syria’s civil war could pose a threat to the United States and that undocumented immigrants deserve a path to citizenship, issuing his first policy address since taking office in December. He also said, “U.S. law-enforcement and intelligence officials know individuals from North America and Europe are heading to war-torn Syria, adding that “they will encounter radical, extremist influences” and possibly return to their home countries with the intent to do harm.

Even John Kerry said in a discussion in Munich that Washington’s attention was shifting. “Particularly now, we are focusing in on Syria where there are increasing numbers of extremists,” he said. “I think we need to be more assertive about what we are doing.”

Adding to the plight of civilians, including children affected by the war is the reports of people being held hostage in Homs. A priest sent out a dire plea for help in a video claiming he was fearful of cannibalism. It is said that forces loyal to Assad have blockaded rebel-held parts of Homs for over a year, causing widespread hunger and suffering, which he described has drove some mad with a mental sickness. An evacuation has been taking place, though aid workers at times had to retreat as they were being shot at. More than 600 people have been evacuated from Homs on Sunday.

Through gunfire and exploding mortar shells, hundreds of women, children and elderly men ran toward a group of Red Crescent workers waiting less than a mile (kilometer) away, said an activist. The Syrian activists say the gunfire came from a government-held neighborhood. The Syrian news agency SANA also reported that civilians came under fire, but blamed “terrorists,” the government term for rebels. A mother claimed there was no food or water for her starving children. “Our life is a disaster. There was nothing, my children are all sick. They were thirsty.”

Despite the violence, the U.N. High Commissioner for Refugees, António Guterres, said in a statement that the truce showed “that even in the darkest of nights it is possible to offer a glimmer of hope to people in desperate need of assistance.”

The Homs cease-fire was arranged by U.N. mediator Lakhdar Brahimi, who urged the warring sides to aid the estimated 2,500 civilians trapped in the ancient, rebel-held quarters known as Old Homs.

Children are precious in God’s eyes, pray for the innocent people of Syria, pray for the truth to be brought to light. Pray for the protection and safety of these children. Pray for the leaders to make the right decisions and put an end to this. What will it take?

VOICE OF THE PERSECUTED