There Is A War Waging For Your Soul


Let’s cut through all the sensationalism, and the so called ‘Conspiracy Theories’, all the sensational headlines about the ‘Illuminati’ and the Mark of the Beast and get right down to the nitty gritty.  There is a major war being waged right now for the soul of not only those willing to follow satan, but full force for the believer.

This is an ancient war that had it’s beginnings at the beginning of time.  Even the secular humanist acknowledge this.  Remember a popular socialist author who dedicated his book ‘Rules for Radicals’ to Satan.  He said satan was the first rebel.  Satan rebelled against God, he wanted to rule the universe.  Before Adam and Eve, satan caused a rebellion in Heaven causing many of God’s Angels to follow Him to their damnation.  This is laid out in the Old and New Testament.  It’s not new.  Satan destroyed or so he thought God’s creation by banishing them from God’s presence in the Garden of Eden and he has been on a rampage ever since.

Satan worked very hard to destroy God’s son, before he came to the world, while He was in the world, and he continues full force now before He returns to turn the Body Of Christ into chaos and division.  There are whole bodies of believers falling in line with the false doctrines of the New Age teachers and those who say murder is OK, homosexuality is OK, and worshiping other God’s is OK.  He has succeded in so many areas.  This is not stories from the Bible that are nice to read, but we really can’t believe them. The belief that the Bible is wrong and not modern is not right.  Satan is waging all out war to gain soul’s for his kingdom.  The mark of the beast, think about it, all throughout the Bible God talks of a mark of His people.  He even marked Cain so that he could walk safely on earth after killing his brother.  The Israelites were told to mark the words of their God on their foreheads and arms.  This is why they wear the ‘Tefillin’  still today.

Deuteronomy 6:8 And you shall bind them as a sign upon your arm, and they shall be as totafot between your eyes.

Deuteronomy 11:18 You shall put these words of mine on your heart and on your soul; and you shall tie them for a sign upon your arm, and they shall be as totafot between your eyes.

This marking is not new either.  If you let the Bible interpret itself, you get a clear picture of what is taking place.  There are also numerous places in the Bible where God again talks about marking those that belong to Him.  Take Ezekiel chapter 9:  And the Lord said unto him, Go through the midst of the city, through the midst of Jerusalem, and set a mark upon the foreheads of the men that sigh and that cry for all the abominations that be done in the midst thereof.  And to the others he said in mine hearing, Go ye after him through the city, and smite: let not your eye spare, neither have ye pity…..

Then even before that, God marked His people, in Egypt while the curses were being carried out on the people of Pharoah.  As God was preparing to smite Egypt for refusing to release the Israelites, He had them to put Lambs blood on their door posts for the Angel of Death to see and pass them over.

When the LORD goes through the land to strike down the Egyptians, he will see the blood on the top and sides of the doorframe and will pass over that doorway, and he will not permit the destroyer to enter your houses and strike you down.

So we begin to see a pattern.  God puts a mark, a spiritual mark on His people.  If your heart begins to harden and you turn from Him, He responds in kind, removing His hedge of protection.  Satan knows this, as his campaign ramps up, he is battling for you, for your soul.  Whispering all sorts of things to you, telling you that the Bible is just stories, Jesus is not God’s son, worship only the ‘Spirit’, you don’t need Jesus, or His Father.  It’s harmless this drug, it will make you feel so much better.  God’s creation is flawed, it’s ok if you think you want to lay with the same sex as you, that’s a silly rule anyway.  God made you that way, it’s ok.  It’s ok if you want to kill the Baby you made, it’s your body, you can do anything you want to your body.  I could go on and on.  Satan has infiltrated the Body of Christ.  He wants us BAD.  He causes division and strife, he causes the love of money to grow inside each and every believer to the point that we no longer think about what God wants from us, but what we want, and what we think we deserve.  We have forgotten the Great Commission given by Jesus:  ‘Go ye into all the world making desciples of all men, baptizing them in the name of the Father, the Son, and the Holy Spirit.’

He has caused whole bodies to be corrupted with false and lying doctrines, the doctrine of man and John tells us this doctrine has a number.  The number of man from the beginning, 666.  There are actually religions that think this number is sacred.  There are those who are actually tatooing this number on their bodies.  Islam for one thinks that there will be a beast in the end that will rise out of the sea, and they are to run to this beast to take his mark.  Are you beginning to see how easy it is to pledge your allegiance to something other than God?  Satan didn’t put all his eggs in one basket, he has many that are full to the brim of those who are blindly following him into the pit.  He has his army of demons and demonic beings what ever you  believe about demons, know this; THEY EXIST.  And they are roaming the earth looking for you at this very minute.  The true believers of God, are marked with God’s spiritual mark.  They can not enter you unless you invite them.  But remember this as you allow sin and false doctrine to creep into your life, you give satan a spot to enter.  And if you think, Oh I will never allow that to happen, you must examine your life, your motives, and your armor for satan and these demons is stronger than anything you think you have, man can not fight against this on his own.  Remember Jesus’ teaching on this in Luke chapter 11:

Jesus was fully aware of the power of satan and his demons.  Jesus knew the battle that would ensue for God’s people.  Jesus knew how wicked the world would become before He returns. He gave us a snapshot, complete with details in the book of Revelation.  He gave us plenty of teachings and ammunition to battle this evil, but sadly we turn from this teaching, and thinking we are wise and can do it by ourselves we become fools just as the Bible say’s.  These who think they are wise by gaining power from satan’s evil spirit are fools who have been deceived, man continues his Tower of Babel, a tower that God will destroy.  Recognize this war that satan is waging, instead of reading stories, read how to combat this evil that has been unleashed on the world, arm yourself with the word of God.  Jesus rebuked satan with the word, it is our only defense against the evil of satan.  Mark your heart and mind and soul’s with the word of God, turn only to Him.

As the world looks for a man ‘Antichrist’  the biggest lie being told to the Body of Christ is that JESUS IS NOT THE SON OF GOD.  And it is being accepted world wide by BELIEVERS!  It’s time for Christians to wake up and be about the Father’s business.  The harvest is here and the workers are few.

This new age, new world religion will rule, the Bible tells us that.  It will deny the deity of Christ, it will deny that Christ was God’s Son and that he died for our sins, it will deny that He was resurrected and now reigns supreme at the right hand of the Father.  Oh this evil anitchrist spirit will say that Jesus is real, and He is here to set the record straight.  Just make sure you are strong enough to know the truth.  And don’t say you wouldn’t follow this false christ, MANY ALREADY ARE.  With the belief that we worship the same god of a religion that clearly denies that Christ is God’s Son.  So Jesus won a huge battle in this war for our souls, when he allowed himself to be sacrificed, arm yourself with this, and if you hear church leaders or world leaders say that we can worship with another god or religion that denies Christ, run.  It’s already here, and it’s in the churches and synagogues just as Jesus said it would be.  I leave you with the words of John:

Who is a liar but he who denies that Jesus is the Christ? He is antichrist who denies the Father and the Son. 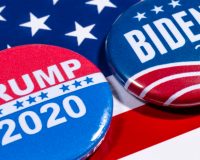