The Politics of Subversion

US Secretary of State John Kerry arrived in Israel on Wednesday bearing gifts. Stripped of the smiles and promises, he attempted to assert additional pressure on Israel to self-destruct


By Caroline B. Glick

JewishWorldReview.com | US Secretary of State John Kerry arrived in Israel on Wednesday to put additional pressure on Israel to make more concessions in land and political rights to the PLO in Judea and Samaria. To advance his current effort, Kerry brought along retired US Marine General John Allen.

According to media reports, Allen presented a proposal to address Israel’s security concerns and so enable the talks about Israeli land giveaways to proceed apace. The proposal involved, among other things, American security guarantees, a pledge to deploy US forces along the Jordan River, and additional US military assistance to the IDF.

These Obama administration proposals are supposed to allay Israeli concerns that withdrawing Israeli forces from the Jordan Valley and the international border crossings with Jordan will invite foreign invasion and aggression, and increased Palestinian terrorism.

By controlling the Jordan Valley, (and the Samarian and Hebron mountain ranges), Israel is capable of defending the country from invasion from the east. It can also prevent penetration of irregular enemy forces, and on the other hand, maintain the stability of the Hashemite regime in Jordan. Without control over the areas, Israel can do none of these things.

Facing these undeniable facts, Kerry and his supporters have two main challenges. First they need to present themselves as credible actors. And second they have to give Israel reason to trust the Palestinians. If Israel trusts the US, then it can consider allowing the US to defend it from foreign aggression. If the Palestinians are real peace partners, then Israel can surrender its ability to defend itself more easily, because it will face a benign neighbor along its indefensible border.

Unfortunately, Israel cannot trust the US. Kerry and the Obama administration as a whole lost all credibility when they negotiated the deal with Iran last month.

After spending five years promising they had Israel’s back only to stab Israel in the back in relation to the most acute threat facing the Jewish state, nothing Kerry or US President Barack Obama says in relation to their commitment to Israel’s security can be trusted. The fact that Kerry had the nerve to show up here with “security guarantees” regarding the Palestinians two weeks after he agreed to effectively unravel the sanctions regime against Iran in exchange for no concrete Iranian concessions on its nuclear arms program shows that he holds Israel in contempt.

But then, even if Kerry had all the credibility in the world it wouldn’t make a difference. The real problem with the notion of an Israeli withdrawal to indefensible borders is that those indefensible borders will be insecure. Both the PLO and Hamas remain committed to Israel’s destruction. They will never agree to Israel’s continued existence in any borders. So the whole peace process is doomed. Kerry’s attempt to dictate security arrangements is a waste of time.

This much was again made clear last Friday by the PLO’s chief negotiator Saeb Erekat. Speaking to foreign supporters, Erekat said that the Palestinians will never accept Israel’s right to exist. Their entire existence as a people is predicated on denying Jewish rights and nationhood. And, as Erekat put it, “I cannot change my narrative.”

The people who should be most upset both about Obama and Kerry’s destruction of US strategic credibility and about the utter absence of Palestinian good faith should be the Israelis wedded to the two-state paradigm. Former prime minister Ehud Olmert, former Shin Bet director Yuval Diskin, Justice Minister Tzipi Livni, and Labor Party leader Issac Herzog among others, should be so vocal in their opposition to the deal with Iran that they make Prime Minister Binyamin Netanyahu look like a pushover.

It is they, not Netanyahu and his voters who have insisted that Israel can make massive concessions to the PLO and sit on the sidelines with regard to Iran because the US will defend us. For the past generation it was they, not the political Right that preached strategic dependency rather than strategic sovereignty.

But the peaceniks don’t seem to care about these things.

Olmert uses every open microphone to attack Netanyahu. Last week Olmert went so far as to say that Netanyahu, “declared war on the American government,” by openly criticizing the deal with Iran. Despite the fact that PLO chief Mahmoud Abbas didn’t even respond to Olmert’s peace offer in 2008, Olmert places all the blame for the absence of peace on Netanyahu and his government.

For his part, on the eve of Kerry’s visit Diskin launched an equally unhinged attack on the government. Speaking to the European funded pro-Palestinian Geneva Initiative, Diskin claimed wildly that Israel is more at risk from not surrendering to PLO demands than from an Iranian nuclear arsenal.

Last month Livni attacked Netanyahu for criticizing Obama’s deal with Iran and then claimed vapidly that Israel will protect itself from Iran by giving away its land to the PLO. Ignoring the fact that the Arab world is already siding with Israel against Iran, Livni said, “Solving the conflict with the Palestinians would enable a united front with Arab countries against Iran.”

This week newly elected Labor Party chief Issac Herzog went to Ramallah and chastised the government. Praising Abbas for his “real desire to achieve peace,” while remaining silent about Abbas’s daily statements in support of terrorism, Herzog pledged “to try to put pressure on the Israeli government to take brave positions to achieve peace and security for our children.”

As for the deal with Iran, shortly after his election to head the Labor Party last month, Herzog lashed out not at the deal, and not at Obama for betraying his pledge to prevent Iran from becoming a nuclear power, but at Netanyahu. Netanyahu, he claimed, “has harmed our relations with the US and hasn’t brought about an improved agreement.”

Ignoring the fact that the Obama administration negotiated with Iran behind Israel’s back and then lied about the contents of what it had agreed to, Herzog seethed, Netanyahu “has created a total lack of trust between us and Obama rather than a trusting relationship.”

As polls taken over the past twenty years have shown, a majority of Israelis would be happy to make peace with the Palestinians, and pay a price in territory for doing so. But those polls have also shown that the public believes the Palestinians when they say they want to destroy the Jewish state. The Israeli public does not think people like Abbas, who praise mass murderers of Jews as national heroes, have “a real desire to achieve peace.”

And, as recent polls show, following the US deal with Iran, while the public continues to prize Israel’s alliance with the US, it no longer trusts!

The fact that the likes of Olmert, Livni, Diskin and Herzog and their followers are not at the forefront pressuring the Palestinians to change their ways and demanding that the Obama administration demonstrate its trustworthiness, but rather have directed all their energies to attacking the government, indicates that peace with the Palestinians is not their primary concern.

Rather it would appear that their main concern is their personal power and prestige.

By siding with the Americans against the government, these senior figures seek to exploit the public’s support for the US. By presenting Netanyahu as anti-American, and claiming that he is responsible for Obama’s abusive behavior, they hope to convince the public to embrace them as guarantors of the strategic alliance. Certainly that is Olmert’s goal as he looks past his criminal prosecutions and begins to plot his course back to the center of power.

As for their support for the Palestinians against their government, here the motivation is external. Israelis do not trust the Palestinians. And they certainly do not trust Abbas. But the Americans and Europeans have made Palestinian statehood the centerpiece of their foreign policies and view Abbas as the indispensable man.

Livni had no political future after she lost the Kadima party primary to Shaul Mofaz last year. Her hopes of becoming Prime Minister had ended. But then she went to Washington, met with Hillary Clinton, and announced she was forming a new party and running on a pro-Palestinian, pro-Obama platform. She won a paltry six seats, which she took from other leftist parties.

But that was enough. Bowing to US pressure to prove he was serious about appeasing the Palestinians, Netanyahu appointed Livni Justice Minister and put her in charge of the talks with the PLO. If Livni had been less supportive of Obama or of the PLO, she would not be where she is today.

If the behavior of these people were just a matter of shameless jockeying for political power their actions would be bad enough. But they cause immeasurable damage to the country.

Livni, Olmert, Diskin, Herzog and their allies also give political cover to outside forces to adopt anti-Israel positions and policies. Why shouldn’t the European Union boycott Israeli goods when the former prime minister claims that Israel is the reason there is no peace? Why should Obama care what Netanyahu tells Congress when Olmert says Netanyahu is at war with the US? How can Israel justify attacking Iran’s nuclear installations when Olmert says it is strategically idiotic to even train for such an attack and Diskin says that we need a PLO state more than we need to block Iran’s nuclear ambitions?

Diskin’s unhinged attack against Netanyahu on the eve of Kerry’s visit was hardly coincidental. And we should expect more such displays as Obama becomes more open in his hostility towards Israel.

As long as we have a seemingly endless supply of senior officials willing to harm the country to advance their personal goals, domestic subversion will remain a key weapon in the international arsenal against us. 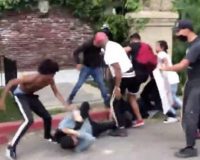