My Comment:  Our hearts and prayers are with Prime Minister Netanyahu, and his family. 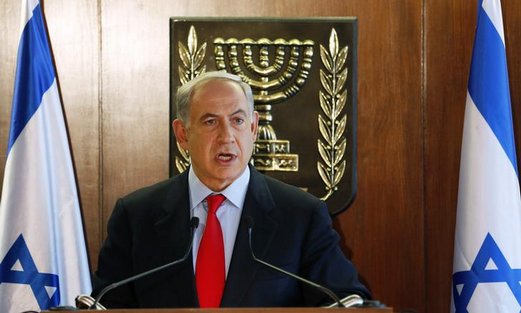 The prime minister, 63, was examined by his personal physician Dr. Tzvi Berkovich and by expert surgeon Aryeh Dorset after complaining of pain. The initial diagnosis was fear of an umbilical hernia.

The diagnosis was confirmed after the prime minister underwent a CT scan and it was decided to operate immediately.

The chief surgeon operating on Netanyahu was Professor Aviram Nissan, head of the surgical department at Hadassah Ein Kerem, together with senior surgeon Dorset. The prime minister was expected to be released from hospital by Sunday afternoon.

Netanyahu had been scheduled to convene cabinet ministers on Sunday to finalize the first stage of a release of Palestinian security prisoners designed to foster peace talks revived last month by US Secretary of State John Kerry.

The prime minister’s office said that while Sunday’s routine cabinet session would be postponed, a ministerial committee vetting the prisoner amnesty would still meet on Sunday, chaired by Ya’alon.

11 Of The Most Memorable Acts Of Civil Disobedience In History
January 17th, 2021 Sons of Liberty Media